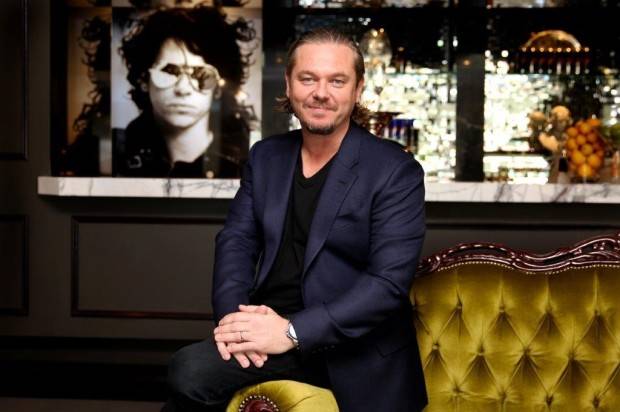 ONLINE broadcasting platform X-Cast has signed a new content deal with YuuZoo Corporation, creating new viewing opportunities for users, with the company aiming to be the number one streaming platform in Asia by the end of the year…

The recent signing of a new content deal between Ron Creevey’s broadcasting platform ‘X-cast’ with Singapore-based, social networking giant YuuZoo – the world’s first 3rd generation social m-commerce network – has created a booming new viewing experience for its users. The deal between the two is set to send global coverage spiralling to over 85 million users, 40 US channels and 700 million viewers across 164 countries.
The merging of these two major companies in a joint venture has created global hype amongst gamers due to YuuZoo users now being able to view exclusive performances from celebrities and artists from around the globe. Users will be able to view artists such as Red Foo, Guy Sebastian and Sophie Monk – as well as many other artists – with live stream performances through their personal computers and/or via mobile devices. The consummation of this new partnership will deliver a minimum of two major international live broadcasts with some of the world’s leading names each month.

“This deal between us had been in the planning for the last 4 months.” Mr Creevey said. “YuuZoo has a very large user base in many countries. From our perspective, we (X-Cast) have a very adaptive technology that fits the YuuZoo user base, so it just made sense to form the deal.” He then went on to discuss changes in technology. “These days you need to be able to not just sit still with one technology. You need to be able to adapt and assimilate with the surroundings that you’re in, particularly with technology evolving so rapidly.”

In regards to increasing the number of Australian users jumping on board with the new partnership, Mr Creevey has indicated that there will definitely be growth. “We’ve done one test recently with the west tigers and we had 45 000 simultaneous users watching it within one hour. So, realistically that’s more people watching a trial game for the tigers than what would fit in a normal stadium for an NRL game.”

The business partnership between Ron Creevey and the Chairman and CEO of Yuuzoo, Thomas Zilliacus, was actually formed back in 2007 when the then Chief executive of Nokia in the Asia Pacific region, Zilliacus joined forces with Creevey to create the new company which we now know as Yuuzoo. This new union sees the return of Creevey to his former company, which he left to pursue other business endeavors although retaining major shareholdings.
Despite China’s strict media and viewing laws, YuuZoo already has achieved exclusivity with Shanghai Media which will allow unprecedented growth in the Chinese market. “In a sense, piggybacking off the back of YuuZoo’s existing deal will allow us to be able to put the offerings towards the Chinese market.” Mr Creevey said.
When asked what was next for the future expansion and growth of his company, Mr Creevey said that forming a larger user base in the US and United Kingdom were at the forefront of his priorities. “Definitely the US and the United Kingdom for sure, they’re two very strong markets that we’ll be going after.”

For more information on either of the companies visit http://www.yuuzoo.com/ and http://www.thexcast.com/
Interview by Genevieve Smith