Alex Rybeck Conservatorium Griffith University Liz Callaway QPAC and Queens by Caroline Russo | on August 15, 2017 | 0 comments | in Concerts | Like it 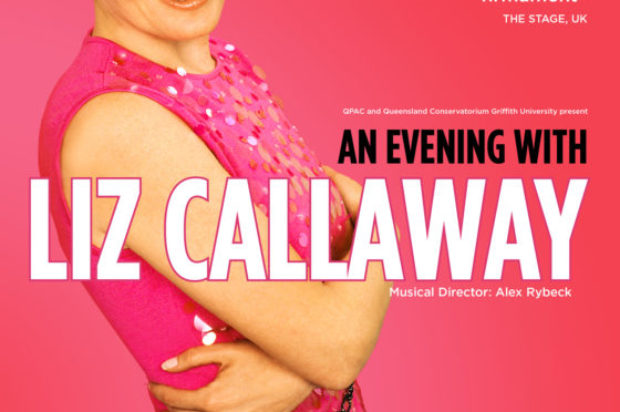 One of Broadway’s leading musical theatre and cabaret performers, Liz Callaway, will make her Queensland debut at Queensland Performing Arts Centre (QPAC) with her intimate cabaret show An Evening with Liz Callaway in QPAC’s newly refurbished Cremorne Theatre for two shows only on Friday 13 and Saturday 14 October 2017.

Liz Callaway is a Tony Award® nominee and Emmy® Award-winning actress, singer and recording artist. She made her Broadway debut in Stephen Sondheim’s Merrily We Roll Along, received a Tony Award® nomination for her performance in Baby; and for five years, won acclaim as Grizabella in Andrew Lloyd Webber’s Cats. She has also starred in the original Broadway casts of Miss Saigon (as Ellen), The Three Musketeers and The Look of Love.

Callaway has also established a major career as a concert and recording artist. Her extensive US symphony work includes appearances at The Kennedy Center, Carnegie Hall and The Hollywood Bowl.

The Broadway star sang the Academy Award® nominated song Journey to the Past in the animated feature Anastasia and she is also the singing voice of Princess Jasmine in Disney’s Aladdin and the King of Thieves and The Return of Jafar. Callaway has released seven solo recordings, including her newest album The Essential Liz Callaway.

Accompanied by her Musical Director and pianist Alex Rybeck, Liz Callaway will showcase her acclaimed vocals live to Queensland audiences for the first time with popular songs from Broadway musicals and her various recordings in An Evening with Liz Callaway.

In the lead up to her two concerts, Liz Callaway will generously mentor third year Bachelor of Musical Theatre students from Queensland Conservatorium Griffith University in an intensive week of masterclasses and workshops. An initiative of QPAC, the program will culminate in a special performance of cabaret and musical theatre – The Sky’s the Limit: Student Cabaret Showcase, in the Cremorne Theatre for one performance only on Thursday 12 October 2017. Two students will also be selected to be guest performers during An Evening with Liz Callaway.

An Evening with Liz Callaway will offer Queensland lovers of musical theatre and cabaret an up-close and personal experience with a true Broadway star. Don’t miss out. Tickets are on sale now at www.qpac.com.au or phone 136 246.