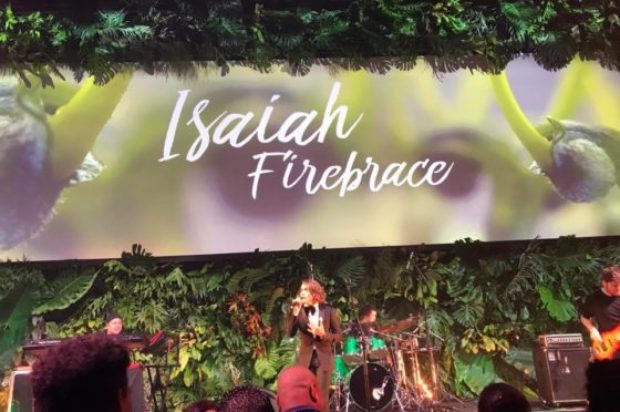 Traditional ceremony and the raising of the Australian, Aboriginal and Torres Strait Islander flags above the Cairns Esplanade have marked the official opening of NAIDOC Week in Far North Queensland.

“Not only has today’s Welcome to Country and flag raising ceremony in Fogarty Park marked the official start of NAIDOC Week in Far North Queensland, it also highlights our community’s celebration of this region’s Indigenous cultures,” Mr Crawford said.

“And, the future is in good hands with young emerging Indigenous leaders such as Carrie-Lee Garcia from Cairns State High School and Trinity Bay State High School’s Kiara Smith playing an important and inspiring role during the opening of NAIDOC Week in Cairns.”

“Far North Queensland has been the focus of the nation’s NAIDOC Week celebrations with Cairns hosting the 2017 National NAIDOC Awards,” Mr Furner said.

“Congratulations to all of this year’s winners including the Far North’s Sharee Yamashita and Elverina Johnson who are among the Queenslanders recognised for excellence in five of the ten National NAIDOC Award categories.

“Our Languages Matter is the national theme of NAIDOC Week 2017 and it has particular significance in Queensland with the Palaszczuk Government investing $1 million to help communities teach and preserve Indigenous languages for future generations.

“This weekend’s Laura Aboriginal Dance Festival highlights the importance of language to the cultural ceremonies of many communities, and Far North Queensland’s rich Indigenous history.”