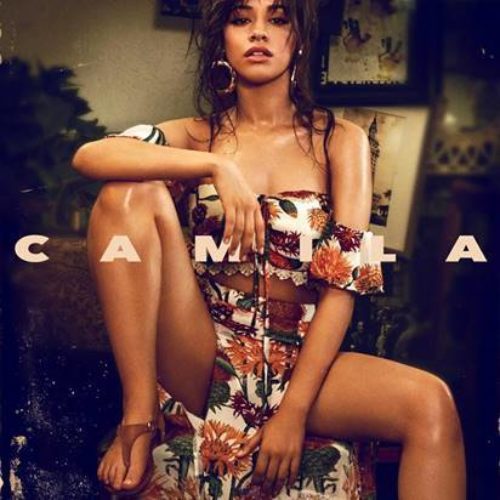 Earlier this week, Camila personally announced the title and release date and revealed the cover art on Instagram. The post rapidly cracked 1 million ‘likes’, while the hashtag #CAMILAoutJanuary12 exploded as a Twitter trending topic, soaring to #2 worldwide and #5 US on the trending charts. A powerful, passionate, and personal journey for the singer, CAMILA represents a major milestone. She describes it as “the soundtrack to the past year of my life,” inviting listeners closer than ever before.

The album features the international mega-hit and 3 x platinum ‘Havana’ feat. Young Thug which has been sitting at the #1 spot on the ARIA singles chart for three weeks consecutively and #2 on the U.S. Billboard Hot 100 for five.

‘Havana’ stands out as the biggest smash of her career to date. It recently vaulted to #1 on the iTunes Overall Top Songs Chart, #2 on the Spotify Top Global Chart, and #3 on the Spotify Top U.S. Chart as she became the 4th most streamed artist in the world on Spotify. Total Spotify streams have surpassed 406 million, while the music video is quickly closing in on 301 million YouTube/VEVO views. Recently, it climbed to #1 in the UK and has held that spot for five consecutive weeks, making her the longest-running female #1 since Adele.

The runaway success of ‘Havana’ continues to translate around the globe with platinum certifications in Canada, Sweden, and Ireland, and gold in New Zealand, Norway, and Chile. In addition, it spent two consecutive weeks at #2 on the official singles charts in the UK, and New Zealand. Moreover, it remains among Top 5 for airplay in Australia, the UK, Ireland, and New Zealand as well as Top 10 in Germany. At Spotify, the single is top 10 in 31 countries, namely Australia, the UK, Canada, New Zealand, the Netherlands, Germany, and across Asia.

Last month Camila performed ‘Havana’ at the MTV EMA’s. The show-stopping set became one of the nights most talked about moments. It follows up her electrifying performance of the single at the Latin American Music Awards.