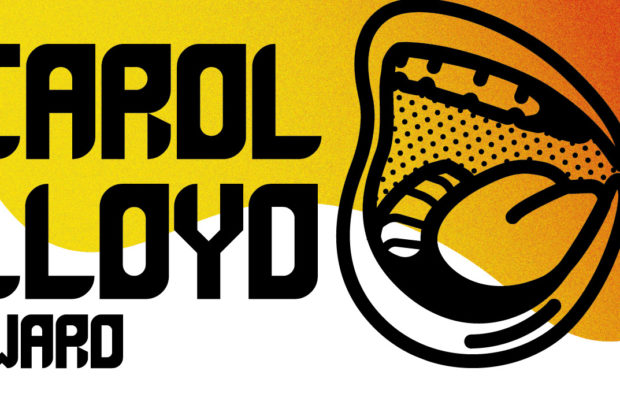 The Carol Lloyd Award is returning in 2019, proudly presented by the Queensland Music Festival and championed by Australian recording artist, Katie Noonan.

With support from Arts Queensland, APRA AMCOS and Hutchinson Builders, the Carol Lloyd Award is presented to an upcoming female identifying singer-songwriter, who resides in Queensland.

The prize includes a $15,000 grant to either record a full-length album or record and tour an EP. The award gives recipients a head start in their career, the opportunity to broaden their experience within the music industry and helps them realise their goals as an emerging artist. Applicants can submit up to three tracks of original music and supporting material.

The Carol Lloyd Award for 2019 was officially announced by Minister for the Arts, Leeanne Enoch at this year’s Australian Women in Music Awards.

“The Carol Lloyd Award – now in its third year – supports emerging female singer-songwriters to showcase and develop their work.”

“The award has had a big impact on previous winners, Leanne Tennant in 2018, and Georgia Potter in 2017, and I look forward to naming a third talented Queensland music artist in 2019” Minister Enoch said.

Carol Lloyd was the first Australian female singer-songwriter to front a successful rock band, making her name in the ultimate boys club when she started out with Railroad Gin in the 1970s, then the Carol Lloyd Band, and finally as a solo artist, stacking up number one hits along the way.

Her ground-breaking, worldwide EMI publishing contract saw Carol release hits like A Matter of Time, Do Ya Love Me and You Told The World in 27 countries. Carol Lloyd lost her battle with pulmonary fibrosis in February 2017, but the wild woman of rock’s spirit lives on.

“Queensland has a remarkable history of producing world-class songwriters and storytellers. This award aims to continue this tradition and pay tribute to an incredible trailblazing woman of Australian music.

“Carol paved the way for so many women and I have no doubt our award winners will continue to do the same – celebrating and supporting our unique Queensland identity and taking it to the world stage.” says, Katie Noonan

Former winner Leanne Tennant completed her National RED WINE, LATE NIGHTS album tour which included sold out shows and festival appearances at BIGSOUND, Sydney Blues & Roots and Red Deer Festival. Leanne has spent the last two years developing her artistry and promoting her debut album. The record is full of ‘real moments’, which have been beautifully captured by Brisbane producer, Jamie Trevaskis. The collection of songs has a beautifully dark element and are refreshingly honest.

Additionally, Georgia Potter’s career went from strength to strength with her Brisbane \ Byron Bay three-piece band, Moreton after winning the award in 2017.

The submission process for the Carol Lloyd Award involves both written and recorded material. Entries are now open and will close on 1 March 2019. More information can be found at www.qmf.org.au