CAROLINE GOODALL FILMMAKING STORIES italy psychological thriller THE BAY OF SILENCE by Caroline Russo | on November 9, 2020 | 0 comments | in Entertainment | Like it 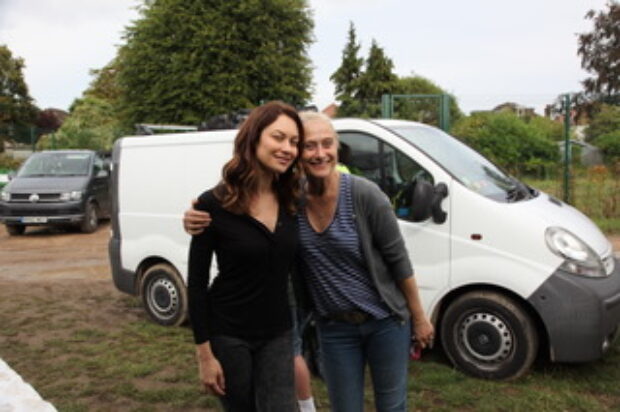 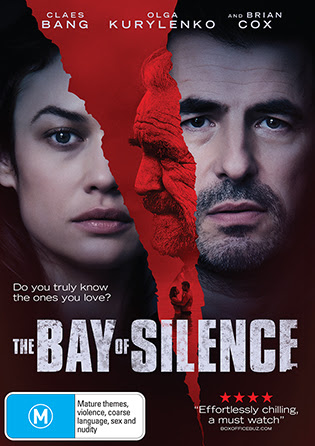 Filmmaker Caroline Goodall, is one busy lady and speaking to her at her home base in Italy Tuscany we got to talk about her latest film where she has screen written, produced and has a role in the film THE BAY OF SILENCE.

We began to talk on how she commenced working on the story and she had read the book based on LISA ST AUBIN DE TERAN’S novel.

“When I read The Bay of Silence, I was haunted by its visual and emotional power. The book was written in the mid 80’s but is timeless. The Bay of Silence (La Baia del Silenzio) is two hours from my home in Italy and I spent many hours sitting on the sandy beach, imagining how to tell the tale. Lisa gave me her blessing to approach the story as a mystery thriller. The universal question it asks is ‘what happens when you bury the truth’? Can you ever climb out of that hole? Lose your sense of truth and you lose your grip on reality.” That is as relevant today as it was then. It spoke to me and its love story of two people that don’t know each other that well and through real tragedy they learn more about each other and how to trust and it about sexual abuse Grief and mental health. 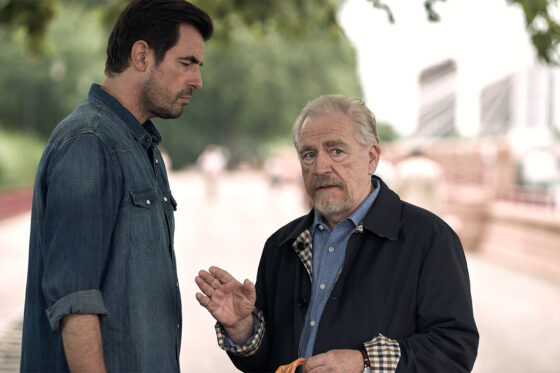 Caroline also points out her love of physiologic thrillers and it may come from me being an actor, but I love the classic films of the 70s and 80s that we don’t get much anymore in English language and especially not in the UK. Films like The Talented Mr Riply, and all the Hitchcock Films. I wanted to create something that had a mystery where the film tells the points of view from the two leads. The story builds with following the male lead being Claes Bang (WILL) to trying to help his wife Olga Kurylenko (ROSALIND).

The filming was six weeks, three-country shoot that took place in July 2018 in the World Heritage site of the Bay of Silence, itself, located in the famous Cinque Terre region of Liguria, Italy. Production moved to the coastal region of the Scottish borders, doubling for the remote French village where Will finds his missing family. The isolated locations contrast with the busy urban environment of London and sun-drenched beauty of The Bay of Silence, to create a visual palette for this complex, often disturbing, story. 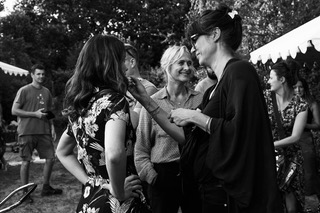 The film cast is so rich with multicultural talent as is the director Paula van der Oest a Academy Award-nominated director and screenwriter. who states when I read the screenplay of THE BAY OF SILENCE, I saw a very compelling story, both a thriller and a drama about contemporary people with deeply interesting themes. It’s about stepping over boundaries, it’s about family and it’s about art. The husband, Will, (Claes Bang) discovers he actually doesn’t know his wife (Olga Kurylenko). When you start a relationship do you really want to know everything about the other person? Doesn’t a little mystery help romance? But that is also where Will goes very wrong. On the surface, Will is a straightforward character until his world falls apart. Rosalind is more complex from the outset. It’s not an ordinary story. Every scene has an underlying subtext.

Overall Caroline says we had a very special time in making this film and the extra efforts that come together with cast and crew gave it more value to the film looking like it had a bigger budget. I hope this can be a way to continue to make films in the future as it all helps when working low budget films.

The Bay of Silence is one film that you can go back and see a second time as you get to pick up more and ponder.

Out on DVD and TVOD