Casey Barnes country music KEEP ME COMING BACK NEW SINGLE by Caroline Russo | on October 30, 2017 | 0 comments | in New CD releases | Like it 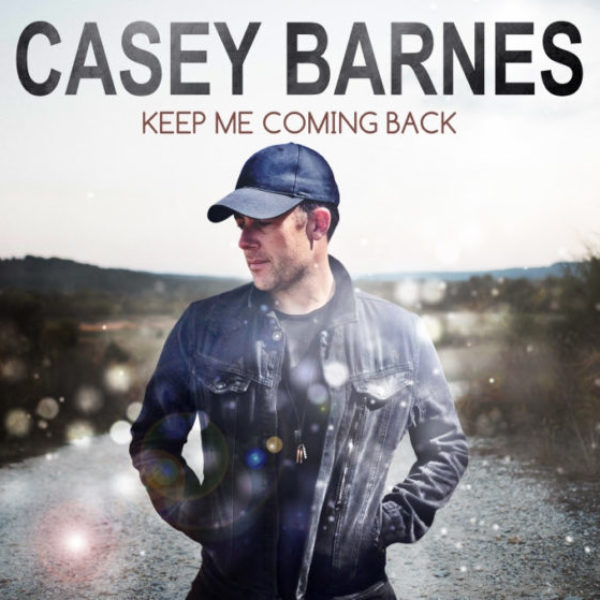 Fans of Casey Barnes didn’t have to wait long to get their hands on his next single ‘Keep Me Coming Back’, which has just hit iTunes making it’s debut at #4 on the iTunes Country Charts. The track also immediately made its presence felt in the North America when it made the iTunes ‘Hot Tracks’ country charts. This release, hot on the tail of ‘The Way We Ride’ solidifies Barnes’ spot as one of the fastest rising stars in country music. Continuing with successful songwriting team Michael Paynter and MSquared Productions, this catchy track, which is guaranteed to have you on your feet, will be the third collaboration together and one that continues to gather momentum and high chart success with each release.

‘After the recent success of ‘The Way We Ride’ I wanted to make sure we followed up with an equally exciting high energy track which I’m pretty confident we’ve achieved with this next single ‘Keep Me Coming Back’. The entire creative process of this song from start to finish has been a blast and the ongoing writing & recording partnership with the boys from MSquared Productions has really made a huge impact this year! Can’t wait to add this one into our live set!’

Previous single ‘The Way We Ride’ debuted at #7 on the iTunes Country Charts and reached #1 on countless country radio charts across Australia including a massive 4 weeks at the top spot on the Country Tracks Top 40 Chart. With appearances on Channel Seven’s Daily Edition, Fox Footy’s AFL 360 under his belt, support from Foxtel’s Country Music Channel and a performance at the Brisbane Entertainment Centre for PBR Australia’s Last Cowboy Standing event to a full capacity has kept Casey constantly in the spotlight during 2017.

Casey’s current album ‘Live As One’ was released August 2016 and is a collection of new songs along with fan favorites. Most of the tracks on this modern country album were co-written and produced by Casey Barnes and Rick Price, plus Casey’s good friend and fellow songwriter Mark Duckworth. Previous successful Top 10 Country Track ‘Just Like Magic’ was written with Michael Paynter and Michael Delorenzis.

Casey’s music has made an impact around the world. He’s had hits in Europe, written and recorded in America, appeared in a top-rating TV show in Australia and played alongside many international artists including Mariah Carey, Lady Antebellum and Bryan Adams. Well known for his depth of story telling and high energy live show, Casey continues on his extensive Live As One Tour, which included shows at Tamworth Country Music Festival and four shows at Gympie Music Muster.

In further exciting news Casey has JUST BEEN ANNOUNCED as part of the official lineup for CMC ROCKS 2018. Known as Australia’s largest International Country Music Festival, Casey will be sharing the stage with the likes of Luke Bryan, Kelsea Ballerini, Darius Rucker, Brothers Osborne, Dan + Shay, Brett Young and many more