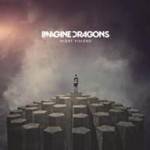 Las Vegas’ Imagine Dragons are gearing up for the anticipated release of their debut full-length album ‘Night Visions’.

“This is our first full length album, and we wanted to do it right,” says lead singer Dan Reynolds. “For the first time, we can say we know what our identity is, and we know this is our jumping off point for future albums. We love big and interesting rhythms, and sweeping melodies and huge choruses. We want people to feel something when they hear our music.”

First track off the album is ‘It’s Time’ with the official film clip already receiving over 14.7 million views on VEVO and reaching #1 on Yahoo Music‘s Top Videos.

Night Visions’ is the follow-up to their breakout fourth EP, ‘Continued Silence’, released earlier this year and produced by GRAMMY-winner Alex Da Kid (Eminem “Love the Way You Lie”). They recently earned a MTV Video Music Award nomination for best rock video for “It’s Time” and will perform Jimmy Kimmel Live! on the day of the album’s release.

He never intended to be a performer – let alone become a superstar – but Richard Clayderman has in fact sold more records than the likes of Bob Dylan, Coldplay, Adele, Jay Z and Lady Gaga. Today, his distinctive piano reinterpretations of familiar tunes from every era and genre are still heard in every corner of the world.  Whether we know it or not, his music has become the soundtrack of our lives.

In 2013 Clayderman will not only celebrate his 60th birthday, but will release ‘Romantique’ – his first album in more than a decade. The shy Frenchman is arguably the world’s most successful pianist, havingsold over 85 million albums.  With his trademark style of smooth, lavishly orchestrated reinterpretations of popular hits, show tunes and well-known pieces from the classical repertoire, Clayderman has collected 267 gold and 70 platinum discs throughout the world.  Not bad for a session musician who became a star by accident.

As a small boy, he could read music better than his native French. At 12 he won a place at the Paris Conservatoire and graduated with first prize. But instead of embarking on a career as a classical pianist, he became a studio musician to support his sick father and young family. Until one day in 1977 when he received a call from French music producer Olivier Toussaint, who was looking for a pianist to play a brand new tune composed to celebrate his musical partner Paul de Senneville’s newly-born daughter Adeline. Extraordinarily, and unlike any pop song before it, the popularity of ‘Ballade Pour Adeline’ (here, re-mastered) spread slowly around the globe over the next five or six years, conquering one country after another until there was almost no corner of the world immune to its melodic charms.

The private and modest Richard Clayderman never set out to become a star, but for the past 35 years his boyish blond good looks and distinctive piano style have made him instantly recognisable all over the world as a man whose records sell millions and – despite keeping himself to himself off-stage – whose concerts sell out as soon as they are announced. ‘Romantique’ will remind you why…

‘What About Now’, Bon Jovi’s 12th studio album is set for release March 8. ‘What about Now’ will be available in two formats; standard version includes 11 original songs and the deluxe version includes the original 11 plus 5 bonus tracks including an original song from both Jon Bon Jovi and Richie Sambora.

‘What About Now’ will also feature an original Jon Bon Jovi song, ‘Not Running Anymore’ from the new Lionsgate motion picture Stand Up Guys. The song has been nominated for a Golden Globe Award for Best Original Song. This is Jon’s second nomination, after he first won the Golden Globe in 1990, for ‘Blaze of Glory’ from Young Guns II.

Bon Jovi’s return to the road in 2013 will launch the latest chapter in an ongoing blockbuster run which has already secured Bon Jovi’s status as the essential live rock band. “BON JOVI Because We Can – The Tour” will make its way across the globe. www.bonjovi.com 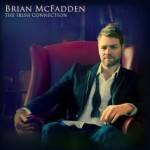 Brian McFadden’s new album The Irish Connection features a collection of songs that were originally written or recorded by some of Irelands most successful artists.  It also includes duets with Sinead O’Connor, his good friend Ronan Keating and Christy Dignam.

Brian says of the album; “I have toyed with the idea of making album of my favourite Irish songs for a few years now but the timing was always wrong. I have been making an original album with my brother in arms Rob Conley for the last year and a half, but we decided to take time out of that to take on this challenge and a challenge it was. The idea of covering other artists songs in theory sounds easy but in reality it comes with the huge pressure of justifying the originals and  the artists, all while trying to put my own feel on the songs, give them new life and somehow try and make them sound like they could possibly be my own”.

With their fresh hit songs and bold production approach, talented Australian sister duo Baylou (Barb & Victoria Baillie) bring an exciting new sound to Australian Country Music. Victoria Baillie is already highly regarded in her own right, having won a Golden Guitar for Best New Talent at the 2010 Country Music Awards of Australia as a solo act, while Barb Baillie has carved out her own reputation as a player and singer, touring with leading artists including Adam Harvey, Beccy Cole and Troy Cassar-Daley. 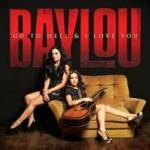 Go To Hell & I Love You features 11 original tracks, including tracks co-written with award-winning and chart-topping international writers Eric Paslay (a writer on #1 US Billboard hits ‘Barefoot Blue Jean Night’ from Jake Owen, Eli Young Band’s ‘Even If It Breaks Your Heart’ & Love & Theft’s ‘Angel Eyes’), Emily Shackelton, Jamie Paulin and the Grammy-nominated Ira Dean. ‘Hoedown’, ‘These Lips’, Target On My Heart’ and ‘Wreckless’ symbolize the catchy, fun and energetic tone of the album. ‘Novocaine’ showcases stunning instrumentation from a selection of Australia’s finest studio musicians. And the title track ‘Go To Hell & I Love You’, ‘Sweet Red Wine’, and the euphoric ‘For You’ showcase Victoria and Barb’s vocal quality while also tapping into their personal side.

Go To Hell & I Love You is produced by Craig Porteils, one of Australia’s most successful producers both locally and internationally.  Porteils produced Adam Brand’s massive country hit ‘There Will be Love’ in 2012. With strings to his bow such as producing ARIA chart-topping and critically acclaimed albums with the likes of Short Stack, Guy Sebastian, Shannon Noll, Diesel, David Campbell and Human Nature, Porteils has also assisted in the production of hits from international superstars including Cher, Guns & Roses, Fleetwood Mac and Rod Stewart.

On the heels of a sold-out Crossroads Guitar Festival and the announcement of a major world tour, Eric Clapton releases his 21ststudio album and his first album since 2010.  The album, produced by Eric Clapton, Doyle Bramhall II, Justin Stanley and Simon Climie, features two new original songs “Every Little Thing” and “Gotta Get Over.”

The album is a collection of some of Clapton’s favourite songs spanning from his childhood to present day that highlights his vast appreciation and knowledge of music.  Clapton has always had a remarkable ability to recognize great songs and a gift for knowing how to uniquely interpret them, as he does on Old Sock.  The album explores romantic standards of the 30’s, reggae, soul, rock, and includes a stand out playful collaboration with Paul McCartney, to create an experience that is quintessential Clapton.

Clapton assembled a band for the recordings consisting of longtime collaborators Steve Gadd (drums), Willie Weeks (bass) and Chris Stainton (keyboards) along with some surprise guest additions.  JJ Cale joins the song “Angel” for backing vocals and guitar, Chaka Khan joins as backing vocalist for “Get On Over,” Steve Winwood on the Hammond B3 Organ on “Still Got The Blues,” Paul McCartney on bass/vocals on “All of Me,” Jim Keltner on drums for “Our Love is Here To Stay”.