blackjack Celebrity who gamble I Bet Winning and loosing by Caroline Russo | on December 18, 2020 | 0 comments | in Entertainment | Like it Gambling and casino life are enticing to celebrities and some have shocked us with their gaming strategies while others are not as lucky.

Brilliant (and not so Brilliant) Celebrity Gamblers

Gambling is an exhilarating venture! It is a tempting avenue for those seeking to make a quick lump sum, but for celebrities, there is a special thrill about high stakes casino games that test a player’s different strategies.
Some of the big-screen actors that made it to our list are prolific gamblers who will not hesitate to place $100,000 or more in a single game. The list includes both male and female celebrities. Some travel the world vacationing in some of the most advanced casino landscapes in Canada, Australia, Macau, Singapore, and many others. Here they get to experience different cultures and interact with the international gaming big wigs.
Gambling and casino life is celebrated in Australia like nowhere else on the globe. Australian celebrities favorite online casino games include poker and pokies, while others prefer to try their hand at blackjack. The list below shows some known celebrities who are brilliant at Gambling and others who have lost fortunes trying to compete.

Ben Affleck
Ben Affleck is frequently found around poker tables. He is one of the most prolific celebrity gamblers with exceptional skills in card games. In recent months he organized a celebrity poker tournament for charity and managed to fundraise over $1.7 million. This brought together other celebrity gamblers like Bryan Cranston, Tom Brady, Matt Damon, and Adam Sandler. Other superstars like James Woods and Leonardo Dicaprio recognize and openly compliment his playing skills.
One of the most impressive wins by Ben Affleck was at the California poker championship, where he accumulated a bankroll of over $350,000. This automatically sent him to the esteemed 2004 World Poker Tour. If ever he is to quit acting, he has a promising career as a pro player in poker.

Derren Brown
He was a famous England magician who successfully played blackjack before his magic career kicked off. Surprisingly, it is reported that he never lost a hand in the game. In Britain, casinos eventually banned him because of his unusual win streaks, which seemed unnatural, especially considering his background as a magician.

Jennifer Tilly
The big-screen actress is considered a formidable poker player. In 2005, she bagged the World Series of Poker and won a prize of $158,625. She secured a spot on the cover of the Card Player Magazine. 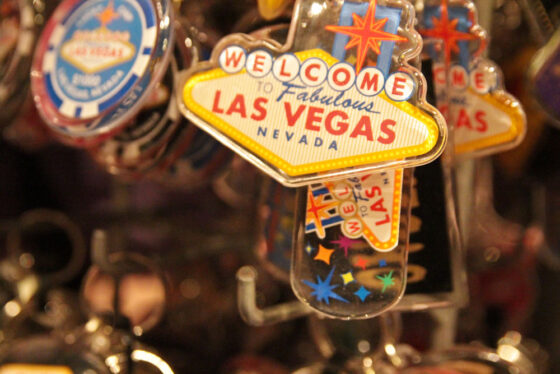 Curtis Jackson
50 Cent, as he is popularly known, is no stranger to gambling. He prefers sporting bets and never shies to place ridiculous amounts on boxing matches, football, and even horse racing. The famous Floyd ‘Money Team’ Mayweather and Oscar de la Hoya bout, 50 made a cool $1 million from betting on the event. This was obviously a high stake bet, but such amounts are pocket change to some of the most successful celebrities.

Queen Elizabeth
It might come as a shocker to many, but the Queen enjoys dabbling on horses. She places her bets on winning horses that have a good track record over the years. How much she gambles is obviously a guess to many, and we cannot help wondering what she considers to be a standard bet given her vast wealth.
Celebrity Gamblers Who are not so Brilliant at Betting
Charles Barkley
The former NBA star found out the hard way that he is not as gifted at gambling as he is in shooting hoops. Over the years, it is reported that he squandered over $10 million in gambling.

Pamela Anderson
In 2007, the Baywatch blonde babe lost $250,000 playing in a casino in Las Vegas. Poker did not agree with the beautiful actor, and she soon cut her losses and proceeded to other ventures.

John Daly
Blackjack was his game choice. John actively wagered his tour winnings and sponsorship deals that he accumulated during his successful golf career. The cumulative losses amounted to $50 million. It turns out he was not that good of a blackjack player, and it took millions for him to arrive at this decision.
Gladys Knight
The songbird loved dealing a hand in blackjack. In her day, her bets amounted to $40,000 per night but did not record any substantial returns.
Tiger Woods
The elite golfer made headlines in 2009 after cheating on his wife. The pro-golfer would later sink deep into Gambling to take the edge off. Woods placed bets of up to $200,000, dealing $25,000 a hand in poker and sports betting.

Allen Iverson
The basketball player’s gambling style led to his ban in Detroit casinos. He recorded losses of up to a million dollars in Atlantic city and led an extravagant lifestyle. Did you know he once forgot where he parked his car, and instead of troubling himself, he just walked into a dealership and bought a new one? Well, the life of celebrities is nothing short of spectacle and pomp.

Why Celebrities Love Casino Games
So why, then, do celebrities gamble despite being wealthy? There are limited avenues that can offer the entertainment value and titillation provided by casino games. Most celebrities gamble the way they do because they can.
Some celebrities gamble in preparation for a key role in a movie. Most movies that involve Gambling need the actors to familiarize themselves with the gambling role. Movies like 21, The Gambler, Mississippi Grind, and California Split required the actors to know how to gamble and relate to the casino environment. Some have now made it a downtime habit, and they are quite good at it.
It is hard for celebrities to walk down the street casually or walk into a casino without people noticing them or the paparazzi trying to get suggestive pictures. Some resolve to participate in online Gambling on their gadgets or host private tournaments in the privacy of their homes or hotel rooms.