Grammy award winner CIARA is set to release her 6th album JACKIE, available in stores and online on Friday May 8th through Epic/Sony Music Entertainment.

The industry’s top producers and songwriters have contributed to the new LP including studio maverick Dr. Luke, Polow da Don, Harmony Samuels, The Underdogs (Damon Thomas & Harvey Mason, Jr.), and co-writers include Rock City, Ester Dean and hit maker Diane Warren. The emotional premiere single ‘I Bet’ from JACKIE (named after her mother) has pushed musical genres at radio on the music charts. To date the Pop and R&B star has amassed a career total of 27 charted singles in the US.

The album’s cover image and packaging was shot by international fashion photographer Francesco Carrozzini. “I could not be any more happy than I am about my album cover and packaging. Much like my music, I was able to express my vision creatively exactly how I wanted to. Working with Francesco was truly an honor and a dream come true. I feel we were able to create a timeless image,” says CIARA.

CIARA rocks ballet pointe shoes, leg warmers and a couture tutu in the sexy music video for ‘I Bet’. The sensual clip has received critical acclaim from the likes of Yahoo! (“Glamorous Couture”), Cosmopolitan (“Incredible dancing abilities”), and MTV News (“She keeps on winning with the release of the ‘I Bet’ video.”) among others and has already surpassed 22 million views.

CIARA has been called the “Queen of Dance” and has also released new club remixes for ‘I Bet’ featuring Joe Jonas (Jonas Brothers), T.I. and international producer and DJ, R3hab. Fans who pre-order the album on iTunes now will receive the original track and ‘I Bet’ R3hab remix instantly.

CIARA has teamed up with Live Nation and Yahoo Music to live-stream her May 9th concert from Silver Spring, MD. This is one of 365 concerts to stream over a 12-month period on the Live Nation Channel on Yahoo Screen. Fans will also have the freedom to stream the concert wherever they are through Yahoo Screen on iOS, Android, mobile Web, desktop, and Smart TV platforms including Apple TV, Roku, and Xbox 360.

CIARA will co-star in the new exciting variety formatted NBC series “I Can Do That!” America’s brightest entertainers will come together to compete and showcase their incredible talent. Each week, a group of six actors/musicians will perform breathtaking and unique acts to prove to the audience that “they can do that!” The show will premiere May 26 on NBC.
    
TRACKLIST:
1. Jackie (B.M.F.)
2. That’s How I’m Feelin’ (feat. Pitbull & Missy Elliot)
3. Lullaby
4. Dance Like We’re Making Love
5. Stuck On You
6. Fly
7. IBet
8. Give Me Love
9. Kiss & Tell
10. All Good
11. Only One
12. One Woman Army (Intro)
13. One Woman Army
14. I Got You
15. I Bet (feat. Joe Jonas) [Remix]
16. I Bet (R3hab Remix) 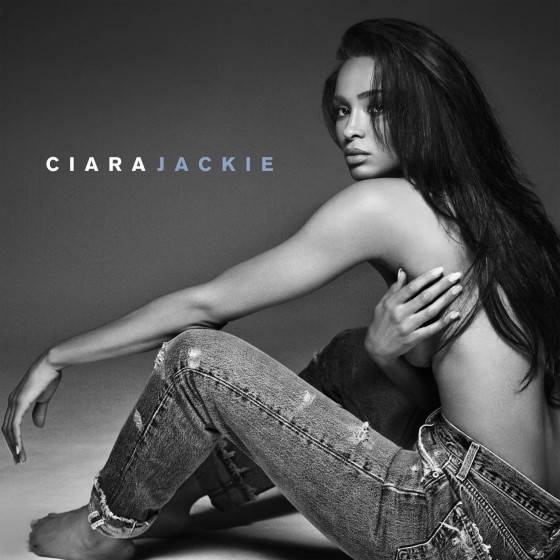