CINEMA RELEASE :ALL THE MONEY IN THE WORLD

all the money in the world Christopher Plummer Kevin Spacy Mark Wahlberg true story by Caroline Russo | on January 2, 2018 | 0 comments | in Film News | Like it 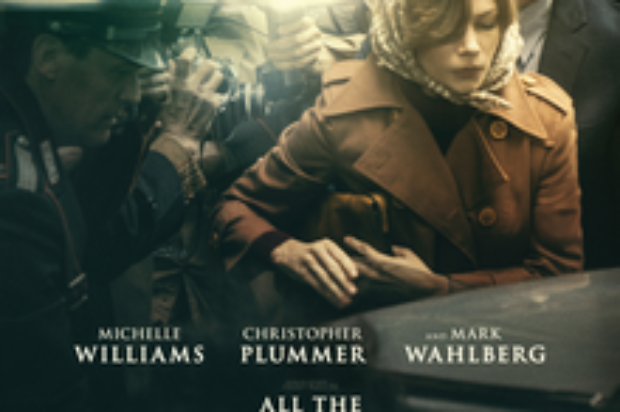 All The Money In The World

ALL THE MONEY IN THE WORLD follows the kidnapping of 16-year-old John Paul Getty III (Charlie Plummer) and the desperate attempt by his devoted mother Gail (Michelle Williams) to convince his billionaire grandfather (Christopher Plummer) to pay the ransom. When Getty Sr. refuses, Gail attempts to sway him as her son’s captors become increasingly volatile and brutal. With her son’s life in the balance, Gail and Getty’s advisor (Mark Wahlberg) become unlikely allies in the race against time that ultimately reveals the true and lasting value of love over money.

Natalie Portman was initially pursued for the role of Gail Harris.[11] On March 31, 2017, it was reported that Michelle Williams and Kevin Spacey were circling the roles of Harris and J. Paul Getty, respectively, while Mark Wahlberg was in talks for an unspecified role.[12] On casting Spacey, Scott stated, “When I read the script, I started thinking, ‘Who was Paul Getty?’ In my mind, I saw Kevin Spacey. Kevin’s a brilliant actor, but I’ve never worked with him, and I always knew I would have to have him portray Getty in this film […] He was so obsessed with what he was doing […] He wasn’t giving people a second thought.” In regards to Williams, Scott stated that while she was not his first choice, “Michelle is very special as an actress, and I’ve never done anything with her before […] The family was very private and there was very little footage of [Gail], but around the kidnapping, there was one particular interview she did that Michelle jumped at, and it shows Gail Getty being very assertive, very smart,” both qualities Williams possessed.[10] On May 2, Charlie Plummer joined the cast as John Paul Getty III.[13] Timothy Hutton was added to the cast on June 16.[14]