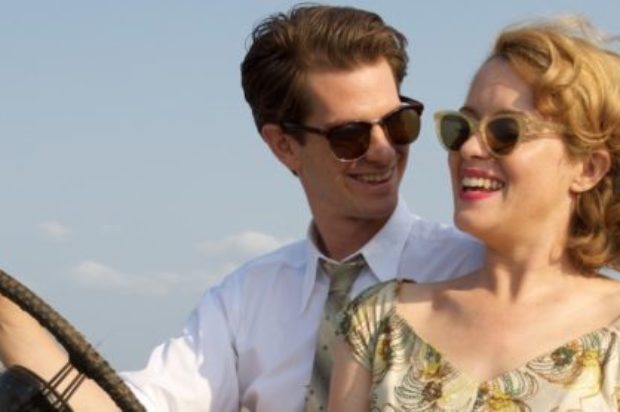 Although his long gestating ‘Jungle Book’ feature can technically be considered his directorial debut, that film’s post-production history in its bid to polish its CGI and distance itself from Jon Favreau’s live-action feature essentially renders ‘Breathe’ as Andy Serkis’s first completed project behind the camera. Better known for his work as an actor and motion capture performer (his roles including Gollum in the ‘Lord of the Rings’ trilogy, King Kong, and Caesar from the new ‘Apes’ series), Serkis proves an adequate director with this human drama, even if its structure panders to genre stereotypes.

Telling the true story of British advocate Robin Cavendish (portrayed here by Andrew Garfield), a former military captain who turned to tea-broking in the 1950’s and was diagnosed with polio at the age of 28, ‘Breathe’ lays the sentiment on thick, almost from the get-go, presenting its admittedly rousing story as a melodramatic Hallmark affair – just with a sizeable budget and considerable talent.

Initially only given 3 months to live, Cavendish ultimately became a medical marvel of sorts when he defied the odds to survive a further 36 years with his paralysing condition. It’s a grand tale, one that feels tailor made to be told cinematically, but the script from William Nicholson (‘Unbroken’, ‘Everest’) is a little too sickly sweet and overly positive that it can’t help but feel beneath the ensemble involved; Garfield also tends to overplay his character traits.

As grating as Garfield can be, ‘Breathe’ finds a saving grace in the luminous Claire Foy (TV’s ‘The Crown’) as his devoted wife Diana. British epics tend to peg the leading ladies in an icy, blue-blooded manner, so it’s rather refreshing to see a character so inherently lovely. Diana is utterly selfless in her determination to care for Robin, and the story here is just as much hers as it is his, a device that keeps ‘Breathe’ sailing above the generic mediocrity it flirts with.

Though ‘Breathe’ is confidently directed and well-performed (Hugh Bonneville and a double dose of Tom Hollander as Diane’s twins brothers provide ample support) it’s all just a little too safe and saccharine, not to mention near-insulting in its emotional manipulation. There’ll be an audience for this type of sweet, inoffensive material who will applaud its pluck and embrace its simplicities, but given Serkis’s experience working with top-tier directors, and Nicholson’s script catalogue tending to shy away from predictability or shallow straightforwardness, it’s disappointing that this film couldn’t be more challenging.