Cinema Release: How To Be Single

Comedy Dakota Johnson How To Be Single Rebel Wilson romance SINGLE by Caroline Russo | on February 18, 2016 | 0 comments | in Film Release & Reviews | Like it 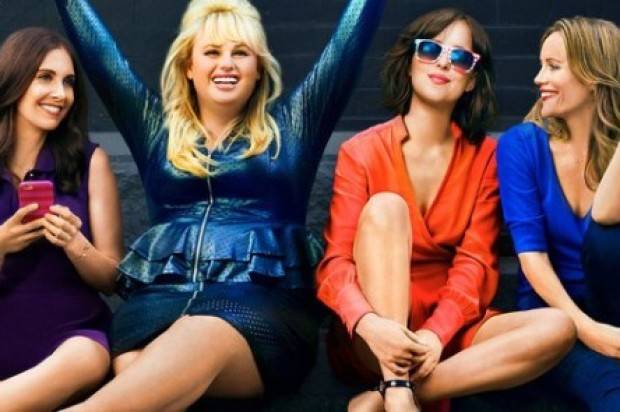 CINEMA RELEASE: HOW TO BE SINGLE

It’s a bit of a shame that in a film packed with so many proven comedic actresses (let us not forget that pre-‘Fifty Shades’ Dakota Johnson showed her skills on the short-lived sitcom ‘Ben and Kate’) ‘How To Be Single’ is never as funny as it wants to be. In saying that however, it’s nowhere near as bad as some might expect given its near identical mentality to ‘Sex and the City’ and the fact its script comes courtesy of a trio of screenwriters whose credits include less-than-stellar genre pieces ‘Couples Retreat’, ‘Valentine’s Day’ and ‘The Wedding Date’. There’s a decent comedy about the contemporary dating scene here to be told, and enjoyable performances all around from Johnson, Leslie Mann and focus-grabber Rebel Wilson, but it can’t quite escape its basic boundaries.

Wanting to experience what it is to be single after years of playing the committed girlfriend, Alice (Johnson) temporarily breaks up with her devoted boyfriend (Nicholas Braun) and navigates the solo dating scene of New York City. As is the way in the world of the rom-com she snares an enviable apartment, a job as a paralegal, and befriends Robin (Wilson), a suitably wild companion who imparts her wisdom on the do’s and don’ts of dating. Additionally ‘How To Be Single’ branches out to give Alice’s sister Meg (the always enjoyable Mann) her own arc when she decides to go it alone on having a baby, and through Alice’s single ways of bumping uglies with non-potential life partners we meet man-whore bartender Tom (Anders Holm), whose blossoming relationship with perennial customer Lucy (Alison Brie) is another side-plot that seems to only be given an exploration so the film can comfortably hit a 100 minute run-time.

Ironically the film tries its best to not be about boyfriends, yet it devotes a healthy amount of time on Alice’s love life that it practically sidelines the prominently billed Wilson for Braun, Holm and Damon Wayans Jr as the men who all vie for her affection in one aspect or another; Wayans Jr even gets something of an emotional beat that is undeniably sweet but ultimately pointless. Thankfully Wilson, when on-screen, is a firecracker as usual – even if her role as the comedy relief is below her talents at this point. Johnson is a likeable lead, Mann, playing the only character who perhaps keeps it the most real, is suitably endearing, and Brie is rather manic in a horribly-written role that she manages to elevate thanks to her crazed charm and wit. The film does score points for its occasional originality in how it chooses to tail-end Brie’s arc and the introduction of Jake Lacy as Mann’s hopeful love interest presents a welcome reversal in the age-gap relationship between the sexes.

It would be too easy to bag out a film like ‘How To Be Single’ as it’s clearly a missed opportunity in how to successfully present the female singles-scene but, then again, it simply exists to entertain and act as a temporary distraction from the real pitfalls of single dating. After an awkward start there’s a constant movement of satisfactory giggles and a not-entirely-predictable ending that results in this genre entry earning its dollars over the post-Valentine’s weekend.