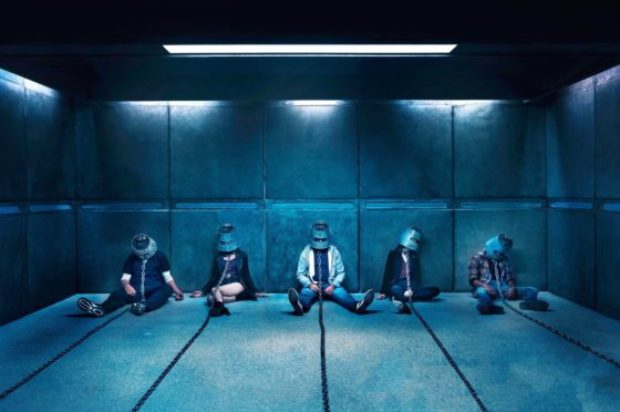 Dusting off the cobwebs that have been gathering over his nasty bag of tricks and traps for the past seven years, Jigsaw, that seemingly unstoppable force of violent nature that remained at the centre of the alarmingly fruitful ‘Saw’ films, is back to tease and torture. Given how generally reviled the last entry in this surprising franchise was – 2010’s ‘Saw: The Final Chapter’ earned the lowest critical score of the entire series – it’s something of a surprise that a film like ‘Jigsaw’ exists; as lucrative as the films have been, this wasn’t a series that needed further detail. Yet here we are, and when it boils right down to it there isn’t a great deal of rejuvenation on hand, just perhaps a fresh coat of paint to give the illusion that we’re going to witness something mildly diverting.

Less outlandish and “torture-porn”-filled like some of the previous films, ‘Jigsaw’ still very much operates within the same wheelhouse; it isn’t the best nor the worst within the franchise. Fans will know what they’re getting themselves into, and I wager that most will be satisfied with how the Spierig Brothers (the Australian duo who have the far superior Ethan Hawke mind-bender ‘Predestination’ to their credit – seriously, check that out!) have handled the material – though it’s best to note that anyone expecting buckets of gore best check their expectations at the door.

As usual, a group of strangers wake up in an unknown location without any knowledge of how they got there, why they’re involved, or who each other are. We, like Jigsaw (voiced by series staple Tobin Bell), are aware that they have their own dirty secrets to tell, and it’s their confessions that will ultimately set them free – should they follow the rules. The isolated barn setting housing the potential victims is ripe with horrific possibilities for churning them into mincemeat, and, keeping with series tradition, said victims are a mixed bag of unsympathetic creatures who spend more time bickering with one another than assisting in their plight. The police investigating the case don’t fare much better either, with the lead detective (Callum Keith Rennie) a corrupt sort in the system.

The ‘Saw’ films have never been about character development or reliable acting though, it’s the twisted entanglement of how everyone fits into Jigsaw’s plan that ultimately guided the series, and as much as the story here relies on convenience and coincidence, the ultimate reveal on hand is admittedly quite well executed; ‘Jigsaw’, like the original film, banks on the mystery of its story rather than the mindless gore it became synonymous with. That’s not to say this film is without its violent goodies however, with one particular trap involving lasers having the sickest of pay-offs.

Though it’s a more polished production compared to its predecessors, and the acting manages to not completely embarrass anyone involved, ‘Jigsaw’ is still very much a film made for a specific audience, so it’s likely to more-or-less deliver for you should you be a ‘Saw’ enthusiast. If you’re more weary of the franchise or are disinterested entirely however, best steer clear as the games here prove unfriendly for the uninitiated.