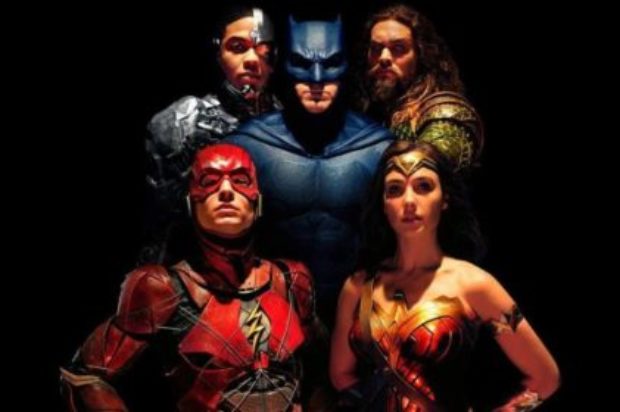 It’s been something of an arduous trek but the ‘Justice League’ have finally made their way to the big screen. Long before Joss Whedon earned the tick of approval from comic enthusiasts the world over with his take on ‘The Avengers’, George Miller (‘Mad Max’, ‘Happy Feet’) was planning on bringing the titular crew to cineplexes in an ambitious actioner where the likes of Armie Hammer and Megan Gale were to play Batman and Wonder Woman, respectively. The 2007-2008 Writers Strike and multiple delays regarding shooting locations ultimately led to the film’s demise, and DC threw their weight behind the remainder of Christopher Nolan‘s ‘Dark Knight’ trilogy, leaving the proposed ‘Justice League’ little more than a pipe dream.

The success of Marvel’s collaborative efforts, as well as the continuous favourable reactions towards the ‘X-Men’ films, evidently spurred confidence amongst the DC camps, and once the fanboy match-up of Batman and Superman became a reality in the eventual ‘Dawn of Justice’, the League proved (once again) a possibility. It doesn’t seem necessary at this point to note the less-than-favourable reaction towards the aforementioned ‘Batman vs Superman’, nor the underwhelming (at least critically) response to fellow group effort ‘Suicide Squad’…we know how we feel about those films, and it’s difficult to not want to tread carefully towards ‘Justice League’ because of them.

Seemingly taking note of the criticism towards ‘Dawn of Justice’‘s darker, more heavy-handed approach, director Zack Snyder has shifted tone for ‘Justice League’. Regardless of how Snyder (and uncredited co-director Whedon) handled the material though, there was never going to be common ground shared with the fans, and I dare say many have already condemned the project due to one-too-many letdowns; you can stay ‘Wonder Woman’, you got your origin story correct. That being said, the film, bumpy and narratively flawed as it is, is a fun ride that breezes by on the charm and camaraderie of its leads.

The driving force behind assembling the League lies in the form of Steppenwolf (a motion-capture performance from Ciarin Hinds), an ancient evil of sorts who (unsurprisingly) wants to rule the world. Legitimately threatening villains have always been an issue within the comic-to-cinema universe (and not just specific to the DC brand), and Steppenwolf only furthers this as never once throughout does he appear like a formidable opponent; it doesn’t help matters either that the CGI lent to his creation is less-than-polished. The script, courtesy of Whedon and Chris Terrio (‘Argo’), at least tries to throw some weight behind Steppenwolf though, detailing his attempts for world domination prior in a fantastical sequence that links various character tribes together, as well as hinting at another DC player surely to enter the universe in the coming roster.

Steppenwolf’s re-emergence on Earth is due to a trio of power-absorbing cubes, known as motherboxes, simultaneously awakening. As Themiscyra, home to Wonder Woman (Gal Gadot), has one of the boxes in its possession, and the underwater kingdom of Atlantis, where reluctant heir Aquaman (Jason Momoa) resides, houses the other, their recruitment appears pre-ordained; the forthcoming solo venture for Aquaman given a little bit of traction with an underwater sequence here that references his reluctance to fall in line as a hero, as well as hinting at a fiery relationship with warrior Mera (Amber Heard).

More easily convinced to sign up is The Flash (Ezra Miller), a somewhat-socially awkward millennial who possesses the purest of innocence and the most hyperactive of temperaments. Miller, next to the effortless charisma and sex appeal of Momoa, emerges from ‘Justice League’ as its most exciting player, and his endearing nature suggests his own solo film will be one of the more comical and heartfelt ventures.

Rounding out the team is Cyborg (Ray Fisher), a cybernetically reconstructed being who’s able to manipulate technology. Given the background information suggested in some of the film’s quieter moments regarding his existence prior to being built, there’s evidently quite an interesting origin film waiting in the wings, and whilst ‘Justice League’ rushes to involve him in proceedings, Fisher infuses the character with enough heart for us to find investment.

As for frenemies Batman (Ben Affleck) and Superman (Henry Cavill), the path of redemption for the former and the act of resurrection for the latter serve as the story’s ultimate driving force. Affleck has copped his fair share of criticism for his take on the Dark Knight, or more specifically his public perception on his feelings in portraying the character, but here it works. He actually seems to be enjoying himself, and his interactions with the likes of Miller, Momoa and Gadot hint at a more playful persona that surprisingly suits the usually brooding archetype. Cavill’s re-introduction to the film sadly isn’t as emotionally rousing as one would hope given Superman’s surprising death in ‘Dawn of Justice’, but it does make way for an entertaining sequence where his re-emerged Kal-El meets the League and proceeds to battle them all-too easily; it’s also worth noting that should you find yourself slightly perplexed at Cavill’s almost-CGI-like appearance, it’s due to the effects crew having to digitally remove the actor’s moustache following re-shoots that overlapped with his facial haired-turn in the next ‘Mission: Impossible’ film.

Messy but well-meaning overall, ‘Justice League’ continues DC’s history of ambitious yet flawed products that feel more like a launching pad for solo ventures as opposed to a cohesive film on its own accord. But is that such a bad thing? I can’t defend the film on its inconsistencies but I was personally never bored, and the characterisations all shine through thanks to inventive casting and their shared natural chemistry.