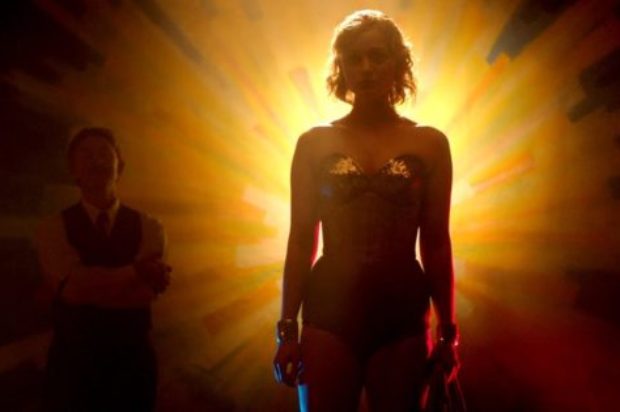 ‘Professor Marston and the Wonder Women’ couldn’t be receiving a release a more apt time. The recently released ‘Wonder Woman’ became a global phenomenon upon its release, garnering near universal acclaim and tallying over $800 million at the worldwide box office in the process, so it only seems fair that we discover the unconventional relationship that led to the creation of the greatest female superhero in existence.

A devoted feminist, a pioneer of the DISC theory (Dominance, Inducement, Submission, Compliance), and creator of the original polygraph device, Professor William Moulton Marston (portrayed in the film by Luke Evans) was a unique man, and his particular interest in theorising whether or not people were either submissive or dominant in their daily routines paved the way for his early construction of the Wonder Woman archetype.

Angela Robinson’s film details the early stages of Marston’s research where he and his wife Elizabeth (Rebecca Hall), both respective teachers at Harvard University and Radcliffe College, began a polyamorous relationship with teaching assistant Olive (Bella Heathcote). As polyamory is still something of a controversial subject today, the film’s initial 1920’s setting sees their relationship even more a scandal when it was ultimately exposed; Marston had children to both women but played off Olive’s presence in the household as a live-in guest.

The sexual experimentation between the three lead to a great deal of the early Wonder Woman comic strips highlighting the character’s dominance over men and its enthusiastic imagery of bondage, and as much as this radical change in graphic novelisation at the time was welcomed by eager readers, it also placed Marston in hot water with the Child Study Association of America, who viewed his material as offensive and overtly sadomasochistic; Connie Britton appears as one of the advisers who wishes to tame the character considerably.

Whilst the film is framed around the creation of Wonder Woman, Robinson (who also wrote the film) is more concerned with giving focus to the unlikely love story between the Marstons and Olive. Evans injects Marston with a heft of compassion, and Hall bounces off him well as his more dominant wife, but it’s Heathcote who perhaps impresses the most, graduating from a submissive, sweet-natured girl into a headstrong woman who becomes a partial basis of the aesthetic of Wonder Woman herself.

‘Professor Marston and the Wonder Women’ plays as a perfect companion piece to Patty Jenkins’s origin film, especially as the character is at her peak right now. This certainly may not be the type of history lesson many will be expecting, but the intrigue and uniqueness behind her creation can’t be denied.