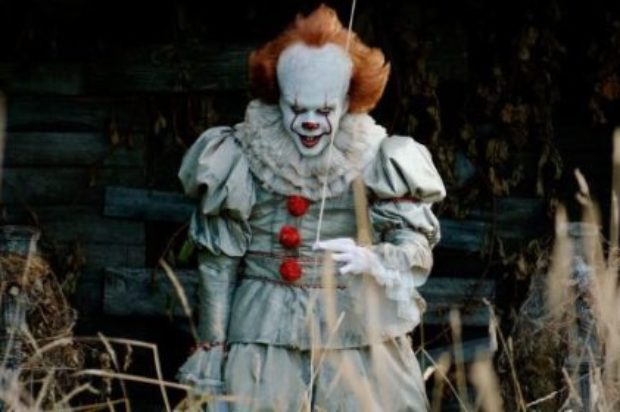 Whilst Andy Muschietti’s adaption of Stephen King’s “It’ doesn’t quite enter the upper echelon where the cinematic conversions of such prose as ‘The Shawshank Redemption’ and ‘Misery’ sit, the film is still very much a faithful telling sure to please longtime fans.

Impressively evoking the feeling of fear that laces the film’s small American town setting, the fictional Derry, Muschietti wastes no time in applying a horrific mood as we witness, in a suitably unsettling opening sequence, the rather gruesome kidnapping of young George Denbrough (Jackson Robert Scott). As we soon learn, children disappearing is mysterious circumstances isn’t a new phenomenon for the town, with the disturbing statistic that every 27 years there’s a wave of tragedy that strikes, something that adults seem alarmingly blind to.

George’s disappearance naturally takes its toll on his family, and it’s his older brother Bill (Jaeden Lieberher) that sets a plan in motion to investigate. Aided in his quest by his ragtag assortment of cohorts, affectionately dubbed “The Losers”, Bill’s searchings take him deep into the underbelly of Derry’s violent history, a timeline that brings forth a supernatural entity (the titular “It”) that presents itself in the form of a jovial yet sadistic clown named Pennywise (Bill Skarsgard).

Unlike the 1990 miniseries starring Tim Curry as Pennywise, which divided its focus between the Losers Club as young children and then again as adults 27 years on, Muschietti’s feature devotes its entirety to the children in their youth. The crossing between adolescence and adulthood is a plot device that worked in King’s novel, and to varying degrees of success in the miniseries, but it’s wise on Mushcietti’s part to keep this particular venture focused on the characters at a young age, not just because it suits organically in exposing the children’s darkest fears (something Pennywise feeds on) but the terrific young cast assembled all prove worthy enough of carrying this considerable production on their shoulders.

Surprisingly, for a film that’s banked its appeal on the haunting imagery of Skarsgard’s clown get-up, it’s the child cast that ultimately prevail as the film’s biggest strength. Skarsgard makes for an effective Pennywise no question, with his theatrical, child-like voice and facial mannerisms allowing him to exude a sense of general unease that prove far more effective as opposed to the jarring CGI that often taints his appearance in other sections of the film, but it’s Lieberher and his age-appropriate company that allows ‘It’ to truly impress; Finn Wolfhard as the foul-mouthed Richie earns some of the film’s biggest laughs with his well-timed cracks; Jeremy Ray Taylor is effortlessly sweet as the overweight Ben who earns both his share of humorous and heartfelt moments throughout thanks to his respective love of New Kids on the Block and sole female friend Beverly; and Sophia Lillis as the aforementioned Beverly perhaps leaves the biggest impression as her character arc arguably proves both the most thematically disturbing and relatable.

At over 2 hours, it’s easy to argue for and against the film’s ultimate running time as the King novel is epic in its length, and there’s nothing that feels overtly rushed, but there is also a slight sense of been-there-done-that with a few of the scare sequences feeling a little repetitive; however, for every horror set-piece that is mildly effective, there’s another billowing that earns its reaction – a sequence with the children watching a series of slides in a darkened garage is likely to rattle a few unsuspecting viewers.

Length aside, and we can forgive the film for its insertion of a few cheesy moments and the questionable CGI assistance on Skarsgard, ‘It’ is a competently directed, superbly acted, well executed scarer that is just as humourous as it is horrific.