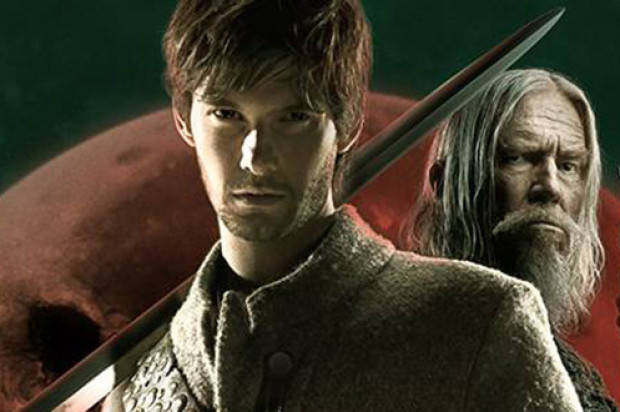 Much like we recently saw this year’s Best Actor Oscar winner Eddie Redmayne prove his downfalls as a performer in ‘Jupiter Ascending’, Julianne Moore’s award winning work in ‘Still Alice’ is counterbalanced by the franchise non-starter ‘Seventh Son’, a fantastical embarrassment that lacks any of the magic it hopes to inject its tired story with. Admittedly, Moore comes out of this relatively unscathed as her evil sorceress Mother Malkin allows the actress to camp it enough with respectable villainy without humiliating herself (plus she looks gorgeous) – the same can’t be said for co-star, and fellow Oscar winner, Jeff Bridges.

Based on the Joseph Delaney novel ‘The Spook’s Apprentice’, ‘Seventh Son’ follows Master Gregory (Bridges, taking the very definition of a “paycheck role”) as he travels the world ridding cities of evil witches, and various other mythical demons, who seem intent on terrorising the innocent. Aiding him in his mission is young Tom Ward (Ben Barnes), the seventh son of a seventh son, who pre-empted Master Gregory’s presence in his life following recurring visions that initially make little sense to him. The one big bad Master Gregory seems intent on terminating is that of Mother Malkin (Moore), a black-clad witch who he shares a history with. If you were to believe both the film and Master Gregory, Malkin is the most evil of witches, one who recklessly destroys anyone, and anything, that crosses her. That’s all very well and good to describe her as such – and they talk about her evil doings a lot – but the film gives her little chance to do anything of pure malevolence aside from turning into a dragon and burning down the tiniest of villages, and even then her main victim is another witch that has betrayed her. If you look at it closely enough, Malkin spends the majority of the film being burned, attacked and caged; she’s more of a woman scorned and it appears far easier to root for her as opposed to Master Gregory and his deliriously boring apprentice

The idea of seeing Bridges and Moore on-screen together again should be cause for celebration after their superb work in ‘The Big Lebowski’, but whatever their reasoning was behind aligning themselves with this project, passion for the craft can be excluded; it’s a shame both are given so little to work with. Moore, as striking as she is, stands around and sprouts off questionable dialogue, only sporadically leaping into action, and when she does she transforms into a dragon, leaving the actress’ CGI enhanced alter-ego to do the brunt of the work. Bridges, with his now staple indecipherable mumble, is either enjoying himself immensely or cares little of how he’ll come across as he adopts the strangest accent and mouth mannerism that you can’t help but feel anything other than shame for him.

‘Seventh Son’ really is the most absurd of films, and for something dubbed as a mythical actioner it’s surprisingly dull with no inexplicable action sequences, or even unnecessary nudity, to pass the time. On the plus side the 3D effects aren’t a complete waste, but in saying that they don’t enhance viewing in any form, and it’s all so deliriously inoffensive that the youngest, and more undemanding, of audiences may garner some enjoyment out of a feature that ultimately should’ve bypassed the cinemas and been laid to rest on the DVD shelves where it initially seemed destined for following its stagnant history – the film originally set for a 2013 release before being continually bumped due to post-production bankruptcy. Another franchise that is over before it begins, ‘Seventh Son’ is a waste in every sense of the word; a waste of a film, a waste of its talented cast, and a waste of this reviewer’s time.