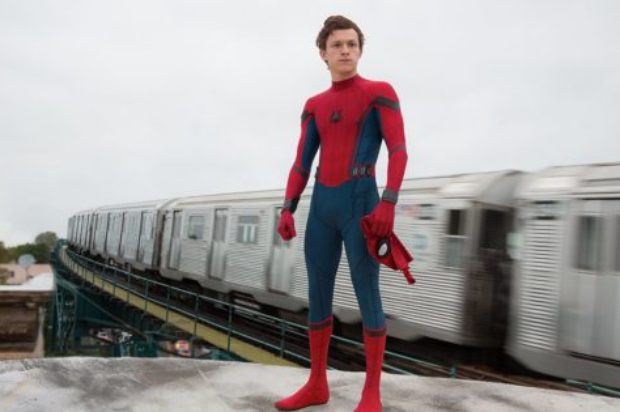 Well, they finally got Peter Parker right! The character’s kind nature, his teen awkwardness, his yearning to be a hero…the traits are all so perfectly captured through Tom Holland’s personification, and it just so happens that the film itself follows suit. ‘Spider-Man: Homecoming’ proves a fine example of how to refresh a tried character without subjecting the audience to the usual origin story nonsense, and this tactic allows writer/director Jon Watts (whose previous film credits include the minor-budgeted horror outing ‘Clown’ and the Kevin Bacon road thriller ‘Cop Car’) to focus his efforts on creating a genuinely investing coming-of-age tale whose hero just happens to be endowed with abilities of the super kind.

After a tonally suitable opening that shows us the set-piece showdown between the Avengers in ‘Captain America: Civil War’ from Peter’s perspective, the film wastes little time in highlighting his immense enthusiasm in wanting to join the aforementioned Marvel crew. Despite (verbal) support from Avengers head honcho Tony Stark (Robert Downey, Jr.), Peter is seriously sidelined and relegated to “friendly neighbourhood” duties, leaving Tony’s right-hand man Happy (Jon Favreau) to field countless calls and texts from the eager teenager who wants nothing more than to prove his worth as a superhero.

Ultimately he gets his wish in the form of Adrian Toomes (Michael Keaton), a contractor who has been collecting stockpiles of high-tech weaponry left over from the various Avenger-thwarted city invasions. It’s a clever nod to the aftermath of destruction featured in the other Avenger-themed films, but it doesn’t make for the greatest motive of Toomes’s account; though we should at least be thankful that he emerges as a villain that appears to be more personally unhinged than simply hellbent on global domination, which tends to be the case in the majority of these genre outings.

Despite a lack of global destruction promised, ‘Homecoming’ still delivers on the action front, though it’s presented in a more grounded manner; well, as grounded as a Spider-Man film can be. There’s a welcome sense of humour injected into many of the sequences (a ‘Ferris Bueller’ reference is well staged), but it’s perhaps the sheer intensity of the dialogue alone between Peter and Toomes that really sets their showdown apart from the usual hero vs. villain archetype.

On the mention of humour, it’s one element of ‘Homecoming’ that really surprises, with the film’s screenplay complimenting the comedic strengths of its cast. Next to the practically-sublime Holland, Jacob Batalon earns scene-stealing rights as his eager best friend Ned, and pop singer Zendaya proves her strength as an actress in a small but important role as classmate Michelle, earning rapturous laughs with her perfectly timed snark and sardonicism. Downey, Jr. is always a welcome presence as Tony Stark, and his appearance here is nothing short of confident (though he’s far more a supporting player than the trailers would have you believe), and Favreau appears to be enjoying himself as a foil for Peter, but it’s surprisingly the voice work of Jennifer Connelly and the brief appearances throughout of Marisa Tomei that really liven up proceedings; the former lending her vocals as a Siri-like technological sidekick for Spider-Man contained within his suit, and the latter as Peter’s quirky Aunt May who so desperately wants to know about her nephew without invading his privacy.

Though the original ‘Spider-Man’ released in 2002 with Tobey Maguire at the helm is still held in high regard, and even more-so its sequel, the general underwhelming feeling that has laced the last set of films (the campy ‘Spider-Man 3’ and the duo of Andrew Garfield-led ‘Amazing Spider-Man’ efforts) will no doubt act as a kind of preventive to audiences when approaching ‘Homecoming’, but I can’t stress strongly enough how this is perhaps the most ideal embodiment of the character yet. Not only that, it’s one of the stronger examples of how to perfect the superhero genre film without sacrificing your characters in the process.