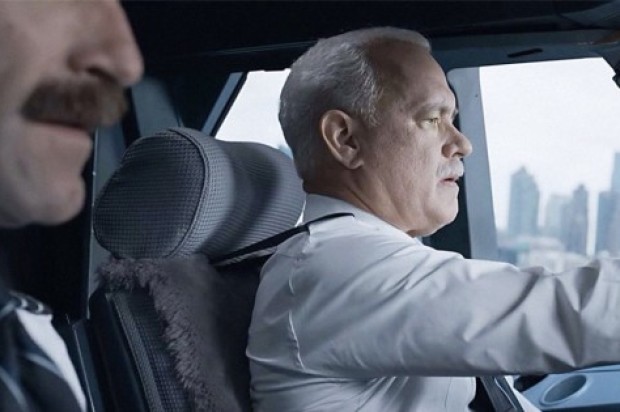 You would think that there would only be so many way that one could showcase the same sequence in a single film before it starts to get tedious. In Clint Eastwood’s assured biopic ‘Sully’, the legendary filmmaker proves if there’s valid reason, and you can alter each take with a fresh additive, you can do just that, and certainly the sequence detailing the infamous 2009 flight 1549 landing in the Hudson River is this film’s defining moment.

By detailing the events leading up to the unique landing through the cockpit view of the concerned but calm pilot Captain Chesley “Sully” Sullenberger (Tom Hanks), from the passengers frazzled and frightened in their seats, and the cabin crew maintaining their composure despite their own fear, Eastwood squeezes mileage out of this prime sequence. Though we know there’s ultimately a happy ending with all 155 souls on board surviving to tell their tale, ‘Sully’ does its best to pull at the heartstrings, though, sadly, it isn’t always as smoothly executed as it intends to be; the back-and-forth between Sully and his housebound wife (a thankless Laura Linney) is a chief example of emotively well-intentioned scenes failing to evoke much from its audience.

Outside of detailing the Hudson River landing, ‘Sully’ is most effective when highlighting the trial that followed where it was suggested that Sully had ample time to safely land at surrounding New York or New Jersey airports. Scenes of Sully and his co-captain Jeff Skiles (a wonderfully moustached Aaron Eckhart) defending their decision to land in the manner they did are likely to irk invested viewers as leading members of the investigative board (Mike O’Malley and Anna Gunn, both excellent) showcase their egotistical obliviousness in trying to prove Sully was at fault.

With Eastwood and Hanks in their respective headlining seats as director and actor, the high-quality calibre of ‘Sully’ is evident, and it’s perhaps because both of these name are as well-seasoned as they come that the film can’t help but feel slightly underwhelming. You can’t particularly fault Hanks performance, and Eastwood proves a competent director, but this story – miraculous and heartwarming as it may be – lacks a certain emotional quality that keeps the film graduating from respectable to outstanding.