new films reviews in cinema the big sick top flicks by Caroline Russo | on July 30, 2017 | 0 comments | in Uncategorized | Like it

One of the more affecting romantic comedies of recent years, ‘The Big Sick’ benefits from its true story origins, but it is so wonderfully infused with talent that had it been an original creation it would remain just as operative. Written by Pakistan-born comedian Kumail Nanjiani and his wife Emily V. Gordon, their tumultuous relationship proves ripe for cinematic treatment, and the natural inflections of their courtship elevate this beautifully realised film far beyond the usual restrictions the genre can adhere to.

Starring as a version of himself, Nanjiani’s character is a struggling comedian part-timing as an Uber driver in Chicago. Following the rather polite heckling from charming stranger Emily (Zoe Kazan) during one of his stand-up sets, Kumail summons the courage to approach her and a free-flowing rapport instantly develops between the two, so instant that they retreat to his apartment and spend the night together; “I only have sex once on the first date” she so casually retorts. Despite somewhat-resistance on both ends to see each other on frequent rotation, a relationship blossoms, but there are a slew of respective secrets that lay on the borders of their bond.

Due to his family’s beliefs, Kumail is expected to marry a woman in an arranged situation that his mother’s insistence on grows stronger by the day, whilst Emily has a previous marriage to her name that she doesn’t share with enthusiasm, leading to an inevitable break-up that perhaps enters the story quicker than one would expect. Though ordinarily a romantic downfall such as this would push a lesser film to a series of break-up/make-up montages and a “how to win the other half back” soundtrack cut that would make an audience wince, Michael Showalter’s film injects a serious dose of drama – Emily is plagued with a mysterious illness – allowing proceedings to develop on a different, more in-depth course.

With Emily’s illness requiring the doctors to place her in a medical-induced coma, Kumail is forced (not necessarily against his will) to over-see her affairs, which includes contacting her parents (Holly Hunter as the high-strung Beth and Ray Romano as the more laidback Terry) who quickly arrive to take over events, leaving Kumail to linger concernedly close-by. Beth and Terry’s distaste for Kumail is expected (both the relationship breakdown and his ethnicity are cause for concern) as are the story beats where they grow fond of each other, but for a romantic-relationship comedy it’s a refreshing additive that ‘The Big Sick’ ultimately becomes more about the mutual connection between Kumail and Emily’s parents.

Given that Judd Apatow is involved (the ‘Trainwreck’ director serves as a producer) it isn’t entirely surprising that ‘The Big Sick’ runs at a lengthy 124 minutes, but surprisingly this epic length feels justified as both Kumail and Emily’s relationship needs time to establish itself so the drama that strikes them earns the appropriate reaction. This is a film that has crafted itself specifically so that the audience watching genuinely care about what is happening, and the committed performances from all involved prove so definitive that it only highlights the attention to detail that can so often be overlooked. 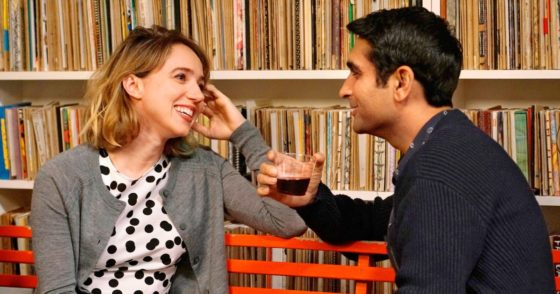