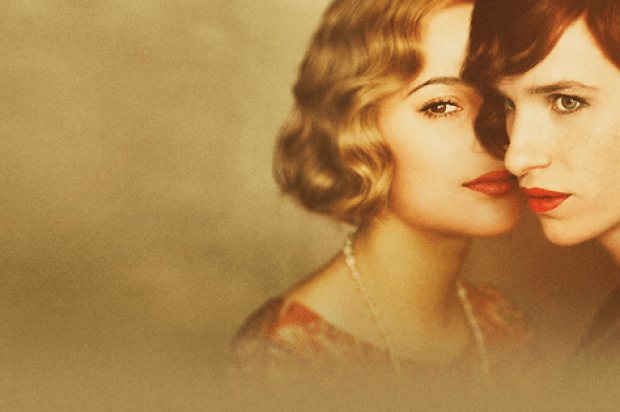 Vanishing before our eyes in a far more detailed manner than what he achieved with his Oscar-winning role of Stephen Hawking in ‘The Theory of Everything’, Eddie Redmayne’s transformation into ‘The Danish Girl’ is nothing short of outstanding. A multi-faceted performance that never crosses into parody, Tom Hooper’s subtle drama allows the actor both a physical and emotional metamorphosis that stands as the finest of his career – so far.

Adapted from David Ebershoff’s novel, ‘The Danish Girl’ transports us to 1920’s Copenhagen where artists Einar and Gerda Wegener (Redmayne and Alicia Vikander) live an exciting lifestyle where high society events and a lusty sex-life occupy their time. Almost from the outset Einar’s fascination with the female form, and all it entails, is established as he ever-so-gracefully fingers the fabric draped over him when Gerda asks him to fill-in for her absent model; the camera lingering on Redmayne’s face as we feel him internally battling his desires. What starts out as simple amusement between the couple and their dancer friend Ulla (Amber Heard), who bestows Einar with the name Lili, becomes something much more when Einar enjoys the attention he receives as Lili, his alter-ego blossoming like a butterfly emerging from its cocoon.

The evolution of Lili is a slow one but riveting all the same as there’ both delight and despair in Lili’s awakening and the decaying façade of Einar; his marriage to Gerda suffering the most as she comes to term that the husband she once knew is no more. As much as Redmayne is a sight to behold in the role of Einar/Lili, ‘The Danish Girl’ is just as much Vikander’s film with the actress delivering superb work as a woman whose love for her husband is absolute; together they are simply magic. All of the cast are stellar though with Ben Whishaw particularly good as one of Lili’s most supportive suitors, and Sebastian Koch as the Dresden doctor who presents Einar with the option of reassigning his gender in a procedure that, at the time, was unprecedented.

Under Tom Hooper’s sweeping direction and through Danny Cohen’s lush lens ‘The Danish Girl’ is a beautiful looking film that treats its timely subject matter with grace and respect. Cinematically and emotionally this film is wonderfully delicate, often heartbreaking, though ultimately uplifting.