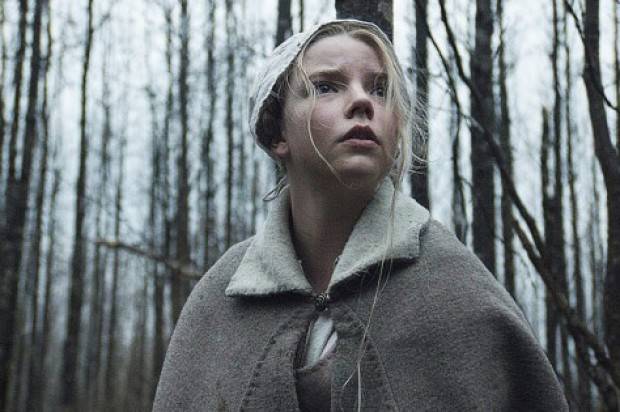 Over the last few years the horror community have been fortunate enough to have select titles presented to them that prove their genre is still alive and well.  Like ‘The Babadook’ and ‘It Follows’ before it, ‘The Witch’ is a chill-inducing creeper of a film that is likely to stay with you long after you’ve left the theatre.  The advertising material for the film has made sure to hype up the terrifying visual aspects that are sporadically laced throughout, and in that regard ‘The Witch’ may be deemed a disappointment for audiences expecting something a little more traditional and not the authentic folklore tale mentality it ultimately adopts.

The story itself is simple but captivating, and the less you know, the better.  Set in 17th century New England, the film opens on a family as they are banished from their village, presumably over a religious dispute with the town’s elders.  Miles from anything that resembles civilisation, the family start anew with father William (Ralph Ineson) building a farmhouse for his collective family; God-fearing wife Katherine (Kate Dickie), eldest daughter Thomasin (Anna Taylor-Joy), young teenage son Caleb (Harvey Scrimshaw), fraternal adolescent twins Mercy and Jonas (Ellie Grainger and Lucas Dawson, respectively), and infant Samuel.  One day, only mere inches away from where Thomasin is playing with him, baby Samuel is mysteriously taken.  At first his disappearance is presumed to be the work of an extremely crafty animal, but it soon becomes evident the felon is something far more sinister.

From here, paranoia and fear shape the mental state of the family as they break down due to the imposing ominous forces both inside and out.  In his directorial debut, Robert Eggers has crafted a unique nightmarish fable that has clearly based itself around the Salem Witch Trials without those tones becoming overwhelming.  With a faded pallet courtesy of cinematographer Jarin Blaschke and a hauntingly disorienting score from Mark Koven, Eggers has meticulously fashioned the period, right down to the archaic dialect. It’s an adoption that allows the audience to be fully immersed in the setting, even if there is difficulty in understanding every single word that is said.

The descent into madness and hopelessness we witness through the heartbreaking performances of Ineson and Dickie, and the stand-out turn from Taylor-Joy as the film’s tragic heroine only add to the startling experience that is ‘The Witch’. It won’t be a film for everybody, even horror fans might turn away disappointed, but I was wholly consumed by the gothic energy Eggers projects here.