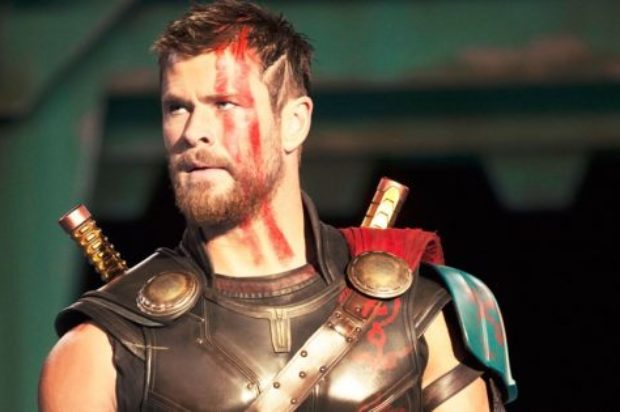 Whilst no one can deny Chris Hemsworth’s dedication to the role of Thor, it’s fair to say that the films that have accompanied his solo ventures haven’t nearly been as strong as what the character deserves. But as the old saying goes, “Third time’s a charm”, and the injection of New Zealand spitfire Taika Waititi (‘What We Do In The Shadows’, ‘Hunt for the Wilderpeople’), with his total disregard for franchise rules proudly on display, gives this threequel the jolt it so desperately needed.

The subheading ‘Ragnarok’ refers to an apocalypse that signifies the end of days within the mythical realm of Thor’s planet Asgard, and though something of such impending doom and destruction isn’t a fresh additive for the Marvel films, Waititi’s approach certainly is. For a film that’s titled after such a sure-to-be-catastrophic event, ‘Thor: Ragnarok’ is alarmingly light on carnage and more focused on the comedic possibilities that come with taking the titular God of Thunder out of his comfort zone and shackling him with prisoner status on Sakaar, a makeshift planet of sorts overseen by an eccentric showman known as The Grandmaster (Jeff Goldblum, camping it up and clearly having the time of his life).

I’m not giving anyway by mentioning the involvement of Thor’s supposedly dead brother Loki (Tom Hiddleston), who has been passing himself in the shape-shifted form of their father Odin (Anthony Hopkins) on his home planet in a bid to stay safe; Loki’s reveal to the Asgardians is preceded by a Shakespearian-inspired amateur theatre production that is undoubtedly one of the funniest sequences you will see this year – look out for who Loki casts as himself, it’s an absolute riot! The brotherly squabbles between Thor and Loki were always some of the best exchanges within the franchise, and Eric Pearson’s screenplay ups their banter to 11 for the inevitable outcome of them having to work together when Loki is similarly stranded on Sakaar, though it’s under more comfortable conditions than Thor who is thrust into prisoner status and forced to fight-to-the-death in a Gladiator-inspired battle with The Grandmaster’s greatest champion – who just so happens to be Hulk (Mark Ruffalo), a “friend from work” as Thor so gleefully proclaims when realising his opponent is more friend than foe.

The push-pull relationship between Thor and Hulk, the continued queerness of The Grandmaster, the effortless appeal of rock-pile creature Korg (motion-captured and voiced by Waititi himself, adopting a soft vocal tone the director based off of Polynesian bouncers), the inebriated spunk of female bounty hunter Valkyrie (Tessa Thompson), and the tyrannical Goddess of Death, Hela (a wonderfully unhinged Cate Blanchett), chomping at the bit to overthrow Asgard to rule for herself, results in ‘Ragnarok’ unsurprisingly coming off like a grab-bag of insanity that feels alarmingly cohesive despite its convolutions. This is a hilarious, smart comedy film that just so happens to be set within the Marvel universe, and alongside lighter fare such as the ‘Guardians of the Galaxy’ volumes and ‘Ant-Man’, will hopefully signal a reposition in the Marvel stratosphere that it’s completely acceptable for comic book ventures to embrace the fun and run with the ridiculous.