Cinema Release. Whitney: Can I Be Me 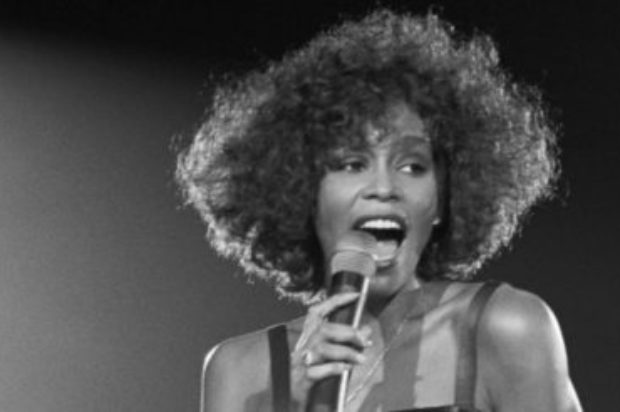 CINEMA RELEASE: WHITNEY: CAN I BE ME

Finding himself on familiar turf following his controversial documentary efforts ‘Kurt & Courtney’ and ‘Biggie & Tupac’, director Nick Broomfield hits a relative high-note as he showcases the soaring highs and tragic falls of the unmatched Whitney Houston.

A heartbreaking study into the destructive pressure that fame and addiction can cause, as well as a joyous insight to a woman who simply wanted to do right by those around her, ‘Whitney: Can I Be Me’ wisely forgoes any necessity to investigate further into the matter of her tragic demise, and instead lets rare footage, primarily shot by Rudi Dolezal during her 1999 world tour (unbeknownst at the time the last successful tour she would produce), speak for itself. It can only be assumed that Dolezal’s intent with his footage was to create an insider documentary along the lines of Madonna’s notorious ‘Truth or Dare’, but given that the gruelling tour schedule clearly took a toll on her health, the ultimate deterioration of Houston no doubt deemed the footage unreleasable.

Whilst the doco opens to the unnerving 2012 911 call that was placed on the February night her unresponsive body was found, the early moments of ‘Whitney: Can I Be Me’ recall a happier figure as video footage showcases a pre-teen Houston belting out Gospel tunes with that majestic voice, a sound that would ultimately garner the attention of legendary producer Clive Davis; archival material of a 19 year-old Whitney performing on ‘The Tonight Show’ is awe-inspiring to view. As beautiful as it is to watch a young Houston navigate her new-found fame with a healthy blend of intellect and innocence though, talk of recreational drug use ran rampant even then, planting the seeds for a future laced with abuse that would be her undoing; the infamous Diane Sawyer interview from 2002 is briefly revisited where a hefty list of narcotics is rattled off before Sawyer asks “Which is your greatest demon?”; “I Am” is the telling reply.

Similar to 2015’s winning Amy Winehouse feature ‘Amy’, the road travelled towards Houston’s own downfall is subtle and is refreshingly void of scrutiny; Broomfield wisely exorcises any of the footage detailing her sad last performances. It’s clear there’s the intention of finding out just how tragedy befell her, but this film wishes to do it in a more organic manner as her tumultuous marriage to Bobby Brown, strained relationship with her mother Cissy, and the importance of her friendship with confidant Robyn Crawford, often thought to closely be in a sexual relationship with the singer, all assisted in one degree or another to her substance abuse.

‘Whitney: Can I Be Me’ isn’t all tragedy and gloom though as candid footage of Houston and Brown reveals a playful, if mischievous relationship that makes it all the more obvious why the two gravitated towards each other, as well as an interesting tidbit that relays it was Kevin Costner (her co-star in the global success that was ‘The Bodyguard’) who suggested to music producer David Foster to strip away any instrumentation from the opening cords of her biggest hit, ‘I Will Always Love You’.

Detailed early in the feature that “Can I be me?” was a question Houston herself posed when those managing her image were catering it for a specific audience, Broomfield’s documentary allows the talented chanteuse to finally be seen for what she really was: for better or worse, a sublime artist and caring human being who couldn’t overcome her own self-destruction.