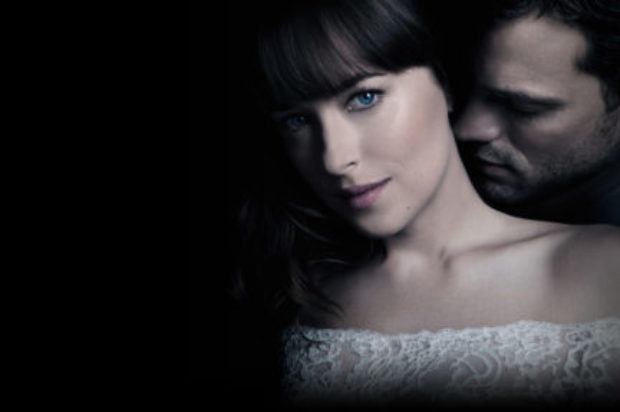 For a film that is banking its supposedly enticing marketing on the suggestive tagline “Don’t miss the climax” it’s ironic how underwhelming ‘Fifty Shades Freed’ manages to be, ending with a particular limpness that would make series lothario Christian Grey recoil in disgust.

Whilst the first two films – 2015’s ‘Fifty Shades of Grey’ and 2017’s ‘Fifty Shades Darker’ – hardly presented worthwhile material beyond the effortlessly charming Dakota Johnson and a pop catalogue-friendly soundtrack (both aforementioned ingredients remaining highlights here), ‘Freed’ struggles to produce even the mildest of excitement; I dare say you’ll find much of the 105 minute running time more painful than anything Grey could whip out in his “play room”.

Speaking of which, the sexual content has admittedly increased since the alarmingly tame first film, but ‘Freed’ offers much of the same that was on show for ‘Darker’, and when the script (if it has to be called that) opts to throw in another hump tryst to merely fill up the time, you know it’s a device fuelled by necessity rather than innateness.

But what of the plot you say? Well…in between all the pop music montages and advertisements of excessive living there’s a couple of movements for the now-married Ana (Johnson) and Christian Grey (Jamie Dornan). They honeymoon, they buy property, they drive fast cars (most of the activities result in them having sex too, obviously)…and when they aren’t arguing over his incredibly unsexy desire to control her movements or his equally unsexy reaction to the possibility of starting a family – yes, outside of his pleasing physique, Christian is hardly a desirable character – the newlyweds have a stalker on their hands in the form of disgruntled Jack Hyde (Eric Johnson, delivering his lines with all the subtlety of a daytime soap opera).

Perhaps we should care that Jack is dropping little nuggets of information about his past that supposedly links him to Christian, or that he’s unhinged enough to stage the kidnapping of Christian’s sister (pop singer Rita Ora in an entirely thankless role that she somehow manages to inject with a sense of personality) with a $5 million ransom to boot, but we really just don’t. We know where it’s heading (even if you aren’t familiar with the source material), and even with that expectation it manages to be worse.

If you’ve enjoyed the first two films, or suffered through them depending on how you view it, then ‘Freed’ is either going to be a worthy completion or an experience in closure. I’ll give the series its due in that is once again devastatingly pretty to look at (this is where we take a moment to appreciate the features of Brant Daugherty as Ana’s bodyguard Sawyer, who I secretly was hoping she would run away with in a twist that would be legitimately thrilling) and Johnson is that charming she can make even the most laughable of material somewhat organic, but this is tragically formulaic trash that only furthers the stereotype that all excitement dissipates once a couple exchanges vows.