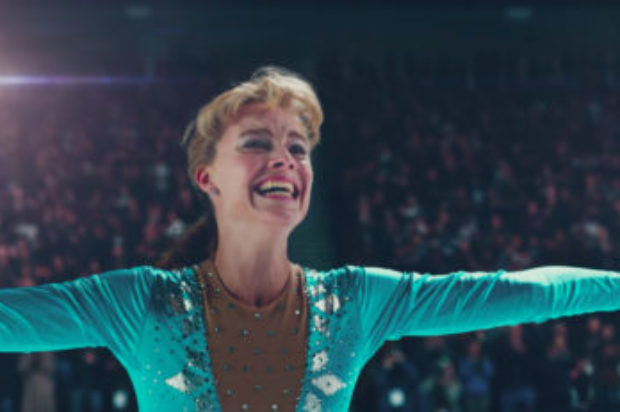 To think that a notorious figure like Tonya Harding could be, in any way, made out to be sympathetic is no mean feat, yet screenwriter Steven Rogers, director Craig Gillespie, and star Margot Robbie (also serving as one of the film’s producers) have achieved just that in ‘I, Tonya’.

For the uninitiated, the saga of Tonya Harding, a trashy yet undeniably brilliant ice skater, and her rival Nancy Kerrigan, a far-more refined, princess-type that had won the hearts of the nation in a manner Harding could never fathom, played out on a near-daily basis on television screens across the country in the early 90’s. Already considered the bad girl of the skating world, Harding’s reputation diminished even further when she was accused of brutally attacking Kerrigan in the lead up to the 1994 Winter Olympics.

Right off the bat, ‘I, Tonya’ never tries to paint Harding (as played by Robbie) as an innocent figure, with her evident talent and subsequent drive to win suggesting a ruthlessness that easily aligns herself with the crime she would become embroiled in. Yet, at the same time, the film paints her as something of a victim of circumstance, having grown up under the belittling tyranny of her unapologetic mother (Allison Janney, a force to be reckoned with), before foolishly marrying a man (Sebastian Stan) that too would give way to bouts of physical abuse against her.

Now that all sounds quite heavy handed, and indeed the film doesn’t shy away from presenting domestic violence in a brutal manner, but there’s also an immense amount of fun to be had thanks to the mockumentary style the film adopts to showcase the differing points of view that Harding, her mother, her husband, and her dimwitted security guard (Paul Walter Hauser) – who was one of the lead orchestrators in the eventual attack on Kerrigan – had on the infamous incident. Similarly, Gillespie’s enthusiastic direction and the film’s era-appropriate soundtrack keep both the audio and visual components immensely investing.

In the lead-up to ‘I, Tonya’‘s release it has been Janney that has dominated the circuit as Harding’s mother, and it isn’t hard to see why as she’s utterly captivating in both a hilarious and horrifying turn that defines the term villain in all its forms, yet Robbie is unsurprisingly the film’s MVP, embracing the role of her career (so far) with utter conviction. She evokes both the brash, confident trashiness and the fragile vulnerability of a figure who wouldn’t, nor shouldn’t, apologise for her talent.

As humorous as the film is, though almost to the point where you feel ashamed that you have giggled at someone else’s misfortune, so much of ‘I, Tonya’‘s success banks on the fact that everyone plays it straight. The tone is handled so smoothly, and even if Harding isn’t someone you particularly like, the film succeeds in making us as the audience cheer for her at every turn.