clive james RIP tribute WRITERS BROADCASTERS by Caroline Russo | on November 27, 2019 | 0 comments | in Daily News and Updates | Like it 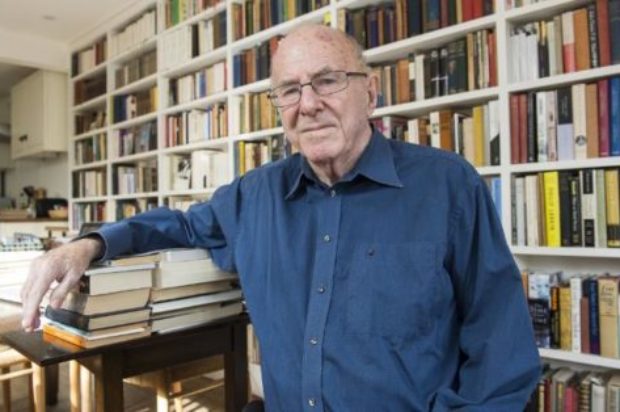 The news of the passing of Clive James, who was Australian-born writer, broadcaster and poet, has sadly passed on at the age of 80 confirmed by his agents.

James had been battling illnesses including leukemia for a number of years.

United Agents said he died at his home in Cambridge, England on Sunday, adding that the author fought his medical issues “with patience and good humor.”

James having started his career as a literary critic before rising to prominence through a series of popular British television programs.

He is so remembered for his ITV show “Clive James on Television,” in which he highlighted humorous TV clips from around the world — most famously the Japanese game show “Endurance.”
James also fronted programs for the BBC, including a travel series and the documentary “Fame In The Twentieth Century.”

He books were top sellers that expressed his witty humor and he did release an autobiography
.James’ “Unreliable Memoirs” and subsequent autobiographies traced his life from boyhood and were celebrated for displaying his sardonic wit. Poetry is also something he will be remembered for as to his style.

He had a distinctive voice and was unique in every way.

As James battled illness, he told the BBC he had started “saying goodbye” through his poetry. “I like to think that I hit a sort of plangent tone. A sort of last post, a recessional tone,” he said.

James was born in Sydney in 1939 and moved to England in 1961, first announcing himself on the literary scene with an anonymous article on the American writer Edmund Wilson. He served as The Observer newspaper’s television reviewer for a decade from 1972.

He continued to update his website in his final years, and even wrote his own obituary, telling journalists that “if they really, sincerely need to run a biographical note they should feel free to quote any or all of the following, preferably keeping in mind that shorter is better, and that a single line is best.”

“I will keep updating it until they carry me to the slab, during which journey I will try to give details of my final medication,” James added.