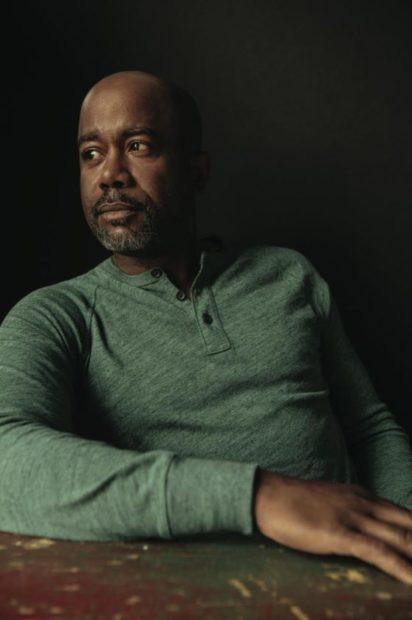 Multiple Grammy Award-winner Darius Rucker makes his solo Australian debut at both the CMC Music Awards and CMC Rocks. Rucker first attained multi-Platinum status in the music industry as the lead singer and rhythm guitarist of the GRAMMY Award winning Hootie & the Blowfish. Since re-introducing himself to the world as a country artist, he has released five consecutive albums to top the Billboard Country albums chart earning himself a whole new legion of fans and eight #1 Billboard Country Singles.

Described as one of the most exciting rising stars on the country music scene, Rucker won his third GRAMMY award in 2014 for Best Solo Performance for his 4x Platinum selling cover of Old Crow Medicine Show’s “Wagon Wheel”, off his album True Believers.

Rucker’s first two country albums, Learn to Live and Charleston produced five No. 1 singles. Southern Style, his fourth studio country album, features his seventh No.1 single ‘Honeymoon Honey’ co-written by Rucker, label mate Charles Kelley (Lady Antebellum) and Nathan Chapman. When Was the Last Time, his fifth album and its first single ‘If I Told You’, has already gone on to become Rucker’s 8th #1 on country radio.

“I am so thrilled to headline my first solo Country tour in Australia. I’ve read all the fan comments and tweets, and I told my entire team we absolutely had to make this a priority for this year. I can’t wait to show my appreciation for their support all these years!” Darius said.

The 8th Annual CMC Music Awards kick off a star studded week in country music with CMC Rocks QLD 2018, Australia’s premiere Country and Roots Festival to follow. Now in its epic eleventh year, CMC Rocks will be headlined by two-time CMA Entertainer of the Year, Luke Bryan, on his debut Australian visit. Joining him in the line-up is Darius Rucker (US) and Kelsea Ballerini (US), along with local duo Busby Marou and a phenomenal line-up of the very best artists the genre has to offer from Thursday March 15*- Sunday March 18, 2018 at Willowbank near Ipswich and will telecast on CMC in April. *Campers entrance only

Tickets for CMC Rocks QLD 2018 are now sold out making Australian country music history with 18,000 tickets selling out in under an hour. Join the waitlist for tickets at Moshtix.com.au.