Just over a year ago The Times in London named Aro Ha Wellness Retreat, New Zealand as one of the Top 25 Hotels to Watch in 2014. Their prediction was spot on as Aro Ha has been heralded by the world’s best media in their first year of operation with glowing reviews and a string of award nominations.

Conde Nast Traveller Reader’s named Aro Ha number 8 in the Top 100 Hotels & Resorts in the World, the only Australasian resort in the top ten. Conde Nast Traveller’s Readers also named Aro Ha the #1 Destination Spa in The World. But wait there’s more. The retreat was also named the Best New Property to Visit by Luxury Travel Magazine, ranked number 2 best Wellness Retreat in the world by Virgin Australia, was nominated for a Spa Finder 2014 Wellness Travel Award and three AsiaSpa Baccarat Awards including New Spa of the Year, Destination Retreat of the Year and Spa Cuisine of the Year.

“We are humbled and grateful for the recognition received in our first year of operation.” said Damian Chaparro, co-founder of Aro Ha. “At the end of each retreat we look into the glowing faces of our guests and see the profound results of our program. That glow is what we are all about.” The eco chic luxury retreat is located forty five minutes from Queenstown on the shores of Lake Wakatipu and protected by soaring alpine peaks. They produce over 90% of their power needs onsite, support environmental education, use New Zealand’s first renewabley sourced distributed heating scheme and grow an increasing amount of organic produce onsite.

Stand by for the second year of operation and more potential awards as Aro Ha has been nominated in the 2015 Conde Nast Traveller Spa Awards and the Travel + Leisure Hotel Awards.

Now that’s a cause for celebration. 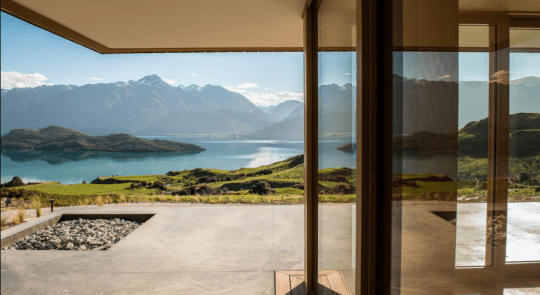