CONSTANCE ZIMMER Stan TV Stars UnReal by Caroline Russo | on March 22, 2018 | 0 comments | in Entertainment | Like it 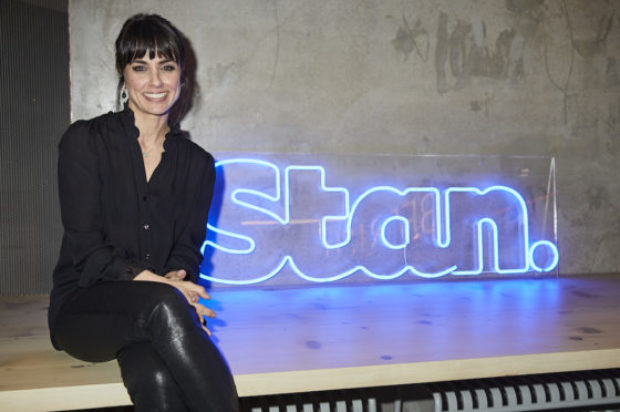 UnREAL star, Constance Zimmer, walked the blue carpet at Stan’s fan screening at Palace Central in Sydney tonight. She treated the awestruck audience to an extended Q&A hosted by Mamamia’s The Binge podcast before giving everyone a sneak preview of the upcoming episode of the latest season, which is currently streaming exclusively on Stan.

UnREAL SEASON 3 SYNOPSIS
Caitlin FitzGerald (Masters of Sex, Rectify) takes the reins as Everlasting’s female “suitress,” Serena. Determined to have her pick of eager male suitors, Serena will face off with Everlasting’s queen bees, producers Rachel Goldberg (Shiri Appleby) and Quinn King (Emmy-nominee Constance Zimmer) who are shaking things up, all for the sake of ratings. The ladies will be tempted more than ever when they’re surrounded by hot new suitors including Bart Edwards (Peep Show, Fantastic Beast), Alex Hernandez (Chicago Med), Australia’s Adam Demos (Janet King, Aboriginal Heart, Cooped Up) and Alex Sparrow (Russia’s Bachelor & Dancing with the Stars).

Alongside UnREAL Seasons 1 and 2