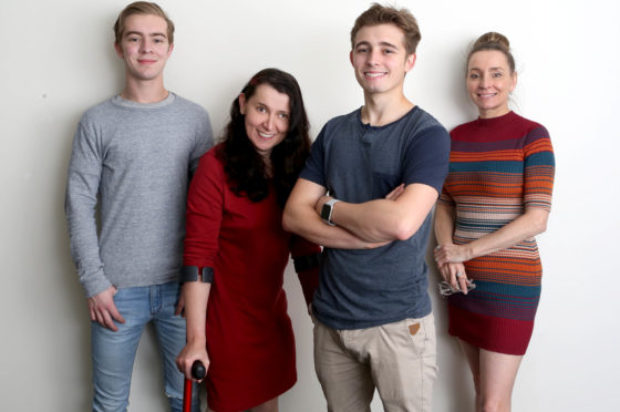 A Muslim woman overcoming a childhood speech impediment is the focus of Samia’s Tip Of My Tongue, Dieter’s Intimate Encounters will revisit the subjects of 1998 portraits exploring sexuality and disability, and Daniel’s Broken will tell the personal tale of the impact of disability in a gay sexual relationship.

Each project will receive a $30,000 grant from Create NSW, executive producer assistance and will be considered for screening as part of the 65th Sydney Film Festival in 2018.

The Screenability Filmmakers Fund is part of a suite of initiatives under Screenability NSW, an open-ended policy commitment by Create NSW to work with industry to create opportunities for Australian filmmakers with disability in the screen sector.

Eligibility for the fund called for filmmaking teams with at least one key creative (writer, director or producer) identifying as having disability (which included people with sensory or physical impairments – including deaf people – hidden impairments, intellectual impairments, learning difficulties or mental health conditions), with an intention to develop a career in screen content creation.

The three shorts (each up to 15 mins long) will be filmed and post-produced in NSW for delivery by the end of March 2018.

Create NSW CEO Michael Brealey commented, “Dieter and Daniel are creating some stand-out work and are both in the process of completing paid industry placements through our Screenability initiative. It is a pleasure to welcome Samia to the industry and support her as a first-time director with this significant opportunity for development.”

Production company Arcadia are on board as executive producers of the shorts, led by Lisa Shaunessy and Alexandra Burke.

Lisa Shaunessy, Partner and Producer at Arcadia added, “We’re thrilled to be working with these talented filmmakers and their teams on unique stories for the short film circuit. The opportunity to help guide the visions of these filmmakers and contribute to the development of their careers is very exciting.”