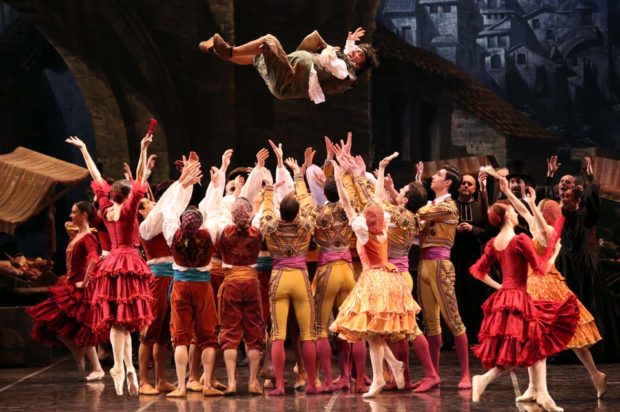 After six years in the planning, Italy’s Teatro alla Scala Ballet Company will open its first-ever Australian season at the Queensland Performing Arts Centre tonight with the performance of Rudolf Nureyev’s Don Quixote.

Arts Minister Leeanne Enoch said the celebrated dance company was set to delight audiences over the next 12 days, with Don Quixote and continuing with Giselle next week.

“We are so fortunate to have Teatro alla Scala Ballet Company here in Queensland for this exclusive series featuring performances of two of the world’s best classical ballets,” Ms Enoch said.

“This is the first time in its 240-year history that Teatro alla Scala Ballet Company has performed in Australia and they have chosen Queensland as their exclusive host state, which is such an honour.

“This is the result of six years’ work by QPAC and the Company to make this season happen as part of the QPAC International Series and what a delight it will be to finally experience this acclaimed company on our doorstep.

“This Saturday (November 10) regional Queenslanders will be able to join the experience when we simulcast a performance of Don Quixote live to 10 venues across the state, including for the first time, Yarrabah, Longreach and Halifax.

“The QPAC International Series brings the best performing arts companies to perform only in Queensland and our very own Queensland Symphony Orchestra will have the honour of accompanying this world famous ballet company in QPAC’s Lyric Theatre.

“Supported by the Palaszczuk Government, the QPAC International Series has reached a collective audience of more than 140,000 people and contributed over $20 million to the Queensland economy since 2009.

“Beyond its stage performances, Teatro alla Scala’s reach and impact will be amplified by a program of events and activities exploring historical and contemporary Italian culture. The program includes conversations, masterclasses, exhibitions, and access to dress rehearsals for students.”

“Hosting Teatro alla Scala Ballet Company for the first-time in Australia is a strong drawcard for ballet fans and cements our state’s reputation as a vibrant cultural destination,” she said.

“The QPAC International Series has become a highlight of our major events calendar and this year QPAC has arranged the program so audiences have the chance to see both Teatro alla Scala’s Don Quixote and Giselle, in one bumper ballet weekend from 16 to 18 November.

“Since 2015, we’ve more than doubled the value of our major events calendar – this year tipped to generate $780 million for Queensland.

“That’s because we’re committed to supporting events that help to lure more visitors to Queensland and boost our tourism economy.”

QPAC Chief Executive John Kotzas said bringing a company and productions of this magnitude to the other side of the world was a massive undertaking.

“Six 40-foot sea containers of sets and costumes have made their way from Milan to Brisbane as we welcome Teatro alla Scala to QPAC as its performance home in Australia for the next two weeks,” Mr Kotzas said.