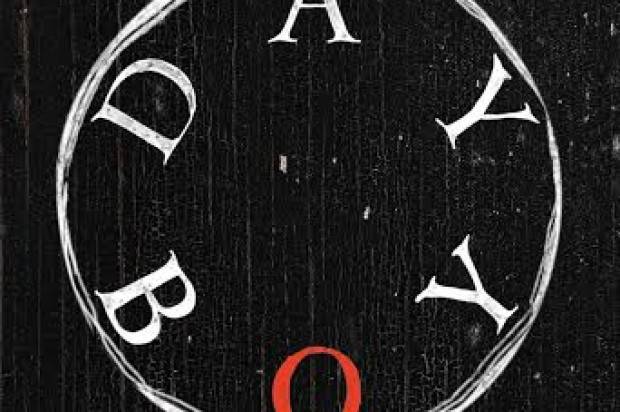 Life as a Day Boy isn’t easy. It’s a violent world of shifting allegiances and maintaining the illusion of control and dominance. Failure to stand your ground isn’t just a slight against your own pride, but a reflection on your Master.

Trouble is the art form and language of the Day Boys, but even so, Mark is a special case.

Between the skirmishes, and the realities of servitude, it’s Mark’s job to protect his Master, Dain, during his daylight hours of vulnerability, and to mark the town doors and keep his Master fed. As the days of his time as a Day Boy draw to their close, the world Mark has always known is changing, and not for the better. There are choices to be made, and sooner or later Mark will need to decide whether he’s to be a man, or a monster.

It’s hard to label a book like Day Boy. It’s hard to articulate just what it is, other than amazing.

Jamieson has done a masterful job in capturing the ever-changing landscape of the Day Boys; a group of alpha-males in a town where even the most powerful have their own masters to serve.

I worried at first that Mark would be one of those male characters: the guy who just tries and punches his way through the obstacles in his way, with no real thought or emotional maturity. But Mark is a complex narrator, his flaws and fears on clear show and more than a little endearing.

I hesitate to call this a guy’s book, because books really aren’t gendered. The gender of a protagonist seems a poor reason to set aside a story. While this is a book with a majority male cast, and one with more than a hint of blood and violence, there’s a depth to the story that stops it being just another action novel. There’s action and adventure, but there’s so much more as well.

There’s a poetry to the language that is both deeply, familiarly Australian, and utterly and remarkably out of place in the heat and violence of the landscape. The oral storytelling tradition amongst the Day Boys is a fantastic vehicle for exploring the surreal but ultimately familiar rural Australian landscape, giving glimpses as to how our world of mobile phones and satellites could give way to something so primal, and at times primitive.

Interwoven with the dystopian Australian landscape are the monsters.

There’s been a trend towards making sex-symbols of the monsters that used to be stalwarts of our horror stories. Jamieson doesn’t shy away from the monstrous reality of the beings he has written, and yet, he’s worked to make them as complex and flawed as the mortals around them. There’s a beauty, pitiful though it may be, to the creatures. Dain, for all the violence and bloodlust, cares deeply for Mark. In a lesser novel, they’d be friends, or family. Instead, Jamieson walks the tightrope between master and servant, with hints of the underlying emotional connection between the two.

Day Boy is equal parts supernatural day-in-the-life and coming of age tale: a peek behind the curtain of the realities of life in the supernatural worlds we seem so fascinated by. I’m not always a fan of calling a book ‘must read’ but I’ll make an exception here. If you’re looking for Australian writing at its absolute best, Day Boy more than fits the criteria.

Day Boy is published by Text Publishing Australia, and is available through the Publisher’s website, at bookstores around the country, and through Kindle and iTunes.