OXENFORD, QUEENSLAND, AUSTRALIA –The Super Heroes and Super-Villains of the DC Universe have taken over Warner Bros. Movie World these school holidays with the park transforming into the ultimate battleground.

From 1– 15 July, guests at Movie World will become part of the action as they witness their favourite DC Super Heroes such as Superman, Batman and Wonder Woman take on their fiercest foes culminating in the all new Parade of Heroes Light Show at 5.30pm nightly. “There has always been a focus on DC Super Heroes at Warner Bros. Movie World but at this event we are showcasing some of the fan-favourite Super-Villains from the DC Universe,” he said.

“For a limited time only, Movie World is playing home to some of the most iconic Super-Villains in the DC Universe including The Riddler, The Penguin, Scarecrow and The Joker. 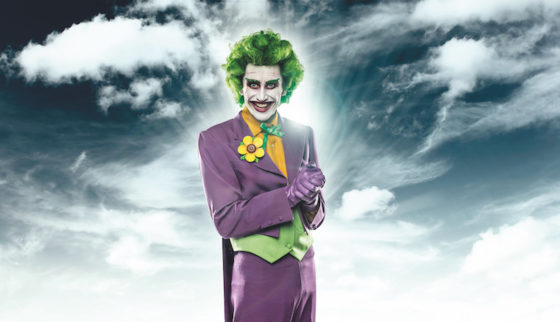 “Guests also have the chance to spend more time in the park with the Parade of Heroes Light Show starting at 5.30pm with the park closing at 6pm.”

The best way to experience the DC Super Heroes and Super-Villains is with a Village Roadshow Theme Parks One Pass which provides unlimited entry to Warner Bros. Movie World, Sea World, Wet’n’Wild Gold Coast and Paradise Country for 12-months. For more information visit movieworld.com.au or call 13 33 86.