death of saleman jason klarwein QLD THEATRE by Caroline Russo | on January 8, 2019 | 0 comments | in Uncategorized | Like it 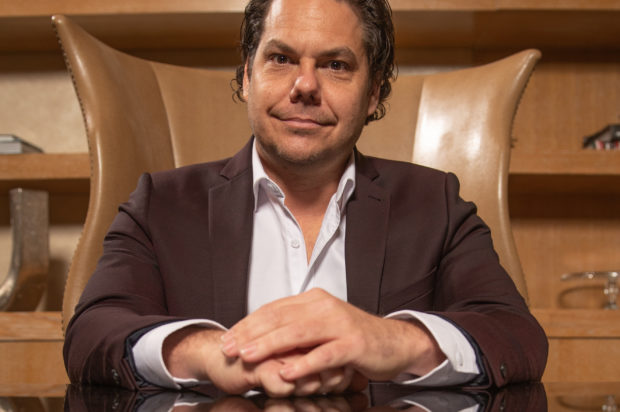 Death of a Salesman to open with a star-studded cast on February 9
February 9 to March 2, 2019 at the Playhouse, QPAC

Arthur Miller’s Death of a Salesman, is widely lauded as one of the greatest plays of the 20th century, winning a Pulitzer Prize for Drama and Tony Award for Best Play in 1949 and going on to be revived on Broadway four times, adapted for cinema and television, and winning more and more awards with every incarnation. Its protagonist, Willy Loman, is one of the most iconic American characters and has been played by legends of the stage and screen including Dustin Hoffman, Brian Dennehy, Philip Seymour Hoffman and Christopher Lloyd.

Death of a Salesman runs from February 9 to March 2 at the Playhouse, QPAC.

On programming Death of a Salesman to open Season 2019, Artistic Director, Sam Strong said, “For me Arthur Miller’s Death of a Salesman is one of the greatest plays ever written. It is also one of the most profoundly affecting experiences you can have in a theatre. It is an incredible vehicle for actors and we are thrilled to welcome back Brisbane native Peter Kowitz who has the perfect combination of vulnerability and bluster to bring the famous Willy Loman to life. “It is a timeless meditation on the need to feel special, a withering commentary on capitalism, and a tragic portrait of a fallout between father and son. It’s a powerhouse start to season 2019,” said Strong.

Director, Jason Klarwein, said that in a masterstroke of writing, the play is seen as even more relevant today, than perhaps it was when originally penned. “Seventy years after the play was written, many of its themes still ring true,” he said. “Arthur Miller saw what happened to people in The Great Depression. He saw how large companies and banks exploited the working classes. He died before the recent global financial crisis but in that case, large companies were largely bailed out by the US government whereas the people who lost their houses and livelihoods were not. We’ve just had a banking royal commission in Australia so local audiences will be very familiar with these themes.”

“The story is rich with applications to modern-day happenings, testament to the writing of Arthur Miller. It’s in every sense of the word, a modern classic, and it is a privilege to direct such an incredible cast.”

The production’s set is the work of award-winning designer, Richard Roberts (Design For Living, Much Ado About Nothing, Noises Off) and features the Loman’s 1930s weatherboard house in Brooklyn. “Willy’s mind makes the concept of time in the play very slippery so there is some stage trickery that audiences will have to wait to see!” said Klarwein.

THE STORY:
As the death-rattle of American optimism echoes through the land of the Free Market, travelling salesman Willy Loman loses himself in the halcyon haze of the past. Once the king of the road, Willy is veering off it. There was a time when Willy could sell anyone anything, and his reward was the whole package: wife, two sons, the car, the white picket fence. But now he’s feeling his years. He’s behind on the mortgage, he’s sidelined by his wet-behind-the-ears boss, and the final straw is when his adult son Biff – once a sporting prodigy, now a directionless disappointment – lands on the doorstep, further loosening Willy’s grip on the reality of his broken-down life.

THE CAST:
American born, Brisbane-based actor Charles Allen is as comfortable on the stage as he is on the screen, with considerable experience in both realms. Most recently he played the lead in NBC’s Arrest and Trial, as well as appearing in Hoges: The Paul Hogan Story in addition to feature films Down in New Orleans, The Sleepless, 2G’s and a Key, Makin’ Baby and Paramedics. He plays the role of Charley.

A veteran of the stage, Kevin Hides will play Uncle Ben in his return to the Queensland Theatre stage in February. He has performed the gamut of characters on stage, from Don Pedro in Much Ado About Nothing, to Fred Lunn in Over The Top With Jim. On TV screens he’s well known for his roles in MABO and Skippy.

Sydney-based Peter Kowitz is one of Australia’s most accomplished actors on stage and screen. He’s been nominated four times for an AFI award and won Best Lead Actor in a Telefeature and Best Performance by an Actor in a Mini-series for The Long Way Home and Bodysurfer respectively and won the Sydney Theatre Award for Best Actor in a Leading Role in a Main Stage Production in 2013 for his part in The Floating World (directed by Sam Strong). He has worked with major theatre productions across the country, as well as having toured to Germany and New Zealand in Blackbird directed by Cate Blanchett. Most recently he has performed the role of Tony Gillies in both Crownies and Janet King. In Death of a Salesman Peter plays the lead role of Willy Loman.

Matilda-nominated actor Thomas Larkin is a star of the Queensland Theatre stage having performed to critical acclaim in The Wider Earth, Macbeth, and Romeo and Juliet, among others. His film and television appearances include the award-winning web series Homecoming Queens (SBS On Demand), RUSH (Network 10), award-winning short film The Neon King (Griffith University) and short film And The Winner Is (Screen Queensland), which debuted in Los Angeles for Screamfest. He is a recipient of the Brisbane City Council Lord Mayor’s Young and Emerging Artists Fellowship. Thomas plays the role of Biff Loman, Willy’s son.

Jackson McGovern graduated from the Queensland Conservatorium in 2014 with a Bachelor of Musical Theatre and already has a remarkable CV. He was part of a hugely successful run of Rent, and has also appeared in Hair, Carousel, The Wishing Well, Into the Woods and American Buffalo for which he received a Best Supporting Actor nomination in the Matilda Awards. Jackson plays Happy Loman, Willy’s son, and Howard, Willy’s boss.

Angie Milliken plays Linda Loman, Willy’s dedicated wife. Brisbane born, Angie studied at the National Institute of Dramatic Arts (NIDA), is an accomplished actor and boasts a diverse and highly successful career on stage and screen. She has won two Best Actress AFI awards for her roles in the Emmy nominated medical-legal drama series MDA and My Brother Jack and worked alongside Hugh Jackman in Paperback Hero and most recently appeared in Jungle starring Daniel Radcliffe. She has worked alongside Bryan Brown, Colin Friels, Cameron Daddo and Vinnie Jones. She last performed with Queensland Theatre in 2014 in The Effect.

Brisbane’s Sarah Ogden plays both The Woman and Miss Forsythe. She has featured on stage and screen and last appeared with Queensland Theatre in the acclaimed An Octoroon in 2017. Before that, she worked with Artistic Director Sam Strong on The Crucible at Melbourne Theatre Company. She created and starred as Claryssa in Moth, where she (and only one other of her fellow cast members) was nominated for a Green Room Award for Best Ensemble.

After initially being picked out of obscurity from over 1000 teenagers to make his acting debut on Fox8’s highly successful drama SLiDE, Brisbane’s Ilai Swindells has since appeared in the acclaimed Harrow, Advice to My 12-Year-Old Self and Open Slather, which saw him act alongside some of Australia’s most brilliant comedic talent including Magda Szubanski, Hamish Blake, Stephen Curry, Gina Riley and more. He has appeared in Redfern Now and Deadly Woman as well as in numerous short films. A dynamic young actor, presenter and dancer, he will play the role of Bernard.

Brisbane-based actor Gemma Willing will make her Queensland Theatre debut in Death of Salesman playing the dual roles of Jenny and Letta. She can be seen right now in the Hoodlum Entertainment-produced Netflix series Tidelands which also features Elsa Pataky. She also starred in Looking for Grace in 2015 and has worked with Shake and Stir Company, Unicorn Films, Southern Star Entertainment and Black Swan Theatre Company in WA among others.