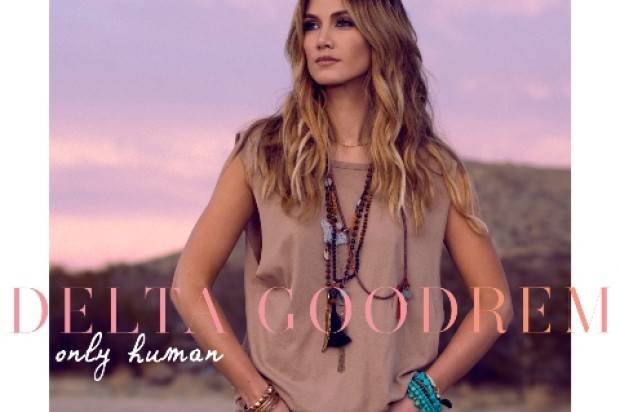 Sony Music Entertainment Australia is pleased to announce that Delta Goodrem will be releasing a brand new track, ‘Only Human’ to coincide with her appearance on the Neighbours 30th Anniversary celebrations next week. ‘Only Human’ will be available to purchase from this Friday March 13th, 2015.

Written & produced by Delta in collaboration with Vince Pizzinga and Peter Nappi, the emotional song touches on the human spirit taking over when times in our lives become difficult. The song expresses the joy and pain of love with the overarching belief that love will always conquer.

‘Only Human’ sees Delta back to her best most raw and simplest.

Coinciding with the Neighbours 30th Anniversary celebrations to air on Channel Eleven this month, Delta Goodrem will reprise her role of Nina Tucker on Neighbours, the show that launched her music career and propelled her to fame a decade ago. Delta will return for a limited run of three episodes that will air in Australia March 17-19 and in the UK March 27 – April 13.

INNOCENT EYES catapulted to number one on the Australian charts and entered the record books with multiplatinum ARIA Awards including 14 platinum awards, 29 weeks at #1, five #1 singles and selling over four million copies, making her a household name both at home and in the UK.

While details surrounding Nina Tucker’s return to Erinsborough are under wraps, Neighbours’ Series Producer Jason Herbison has hinted in the past that there is a musical theme to Goodrem’s appearance.

“It’s only natural that music would some how be involved. Having Delta join us for this momentous occasion is the icing on the cake, we are delighted,” said Herbison.
  
ARTIST NAME: Delta Goodrem
TITLE: ONLY HUMAN
RELEASE DATE: Friday March 13th, 2015
WEBSITE: http://www.deltagoodrem.com/
FACEBOOK: www.facebook.com/DeltaGoodremMusic
TWITTER: https://twitter.com/deltagoodrem
INSTAGRAM: http://instagram.com/deltagoodrem
AVAILABLE NOW
iTunes: http://smarturl.it/DGOnlyHuman
Google Play: http://smarturl.it/DGOHGP