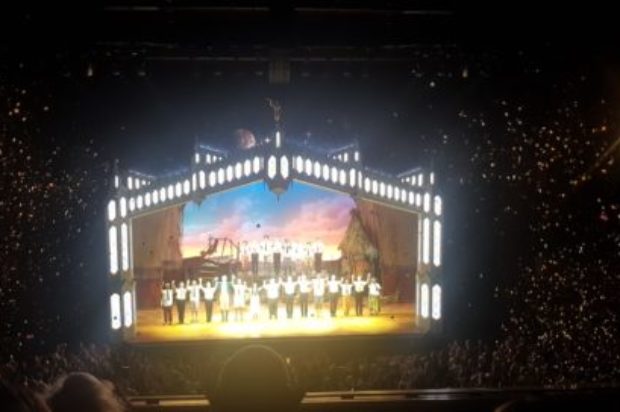 The Book of Mormon is here and filling the pews of Brisbane.

The anticipation and the curiosity of what has been related to a must-see show has opened up in Brisbane Qpac! well, all I can say is Hallelujah and rejoice that I was purely satisfied and absolutely GODSMAKED and now understand what the hype is with the musical stage production of The Book of Mormon.

It’s certainly ain’t a family show but for anybody that enjoys of rump of fun very clever lines, amazing voices dance routines that are just so tight with a cast and tremendous lead actors who are faultless then this is one of the best shows you can catch if you can get a ticket.

Lead characters Blake Bowden and Nyk Bielak are divine there is so much interaction and energy between them both and both their vocal ability is outstanding. The set designs plus the costumes are detailed. It is a huge assembly of Talent on stage and behind to put such a fine-tuned stage show. The orchestra has to be applauded as everything is just on time and again the dance sequences in this production are just outstanding.

Due to the high demand of ticket sales, there was an announcement that the return of the show will come back in 2020 at QPAC in January and I suggest you get your tickets early as there is definitely a demand and am sure there be many who will be going back for seconds.