DIOR AND I – FILM REVIEW

Dior and I Fashion Frederic Tcheng Models paris by Caroline Russo | on April 2, 2015 | 0 comments | in Film Release & Reviews | Like it 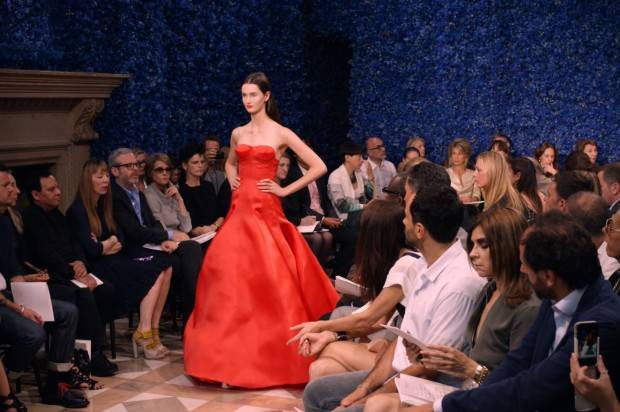 Film Documentary Dior and I

Dior and I gives the viewer an inside the fashion house view on one of the most iconic brands, Christian Dior. Audiences witness the trials, tribulations and triumphs of it’s new artistic director Raf Simons, as he creates his first haute couture line for Christian Dior. Dealing with dead-lines, meetings, collaborators and of course the dedicated seamstresses are part of the challenges Raf deals with as he tries to pay homage to the past, while ensuring a look of modernity.

Frederic Tcheng tries to encompass the high stress, haute couture world of Christian Dior, as new artistic director Raf Simons completes his first runway show, in his new documentary “Dior and I”. Simons and his right hand man Pieter Mulier undertake the excruciating process communicating with the different sections of the haute couture team, while ensuring a successful show.

The film begins as Raf is introduced to the staff and premieres (seamstresses in charge of the management of the work), and he describes his vision and goals for the show. Of course this part was necessary, however Tcheng went into such detail that it got very boring and excessive.

Over the rest of the film we watch the overbearing and grumpy Simons’ decide on location, theme and styles for the runway show. The premieres are stressed with endless tasks, with thanks only coming from Mulier. We witness the emotions and high stress involved in getting a dress done in time, as well as dealing with clients at the same time. The middle of this movie seemed to drag on and ended up wishing the runway show would hurry up and arrive.

When the runway show did arrive, the movie took on a whole new attitude, it got exciting and inter-esting again. Celebrities including Anna Wintour, Donatella and Allegra Versace and everyones favourite Jennifer Lawrence were surrounded by thousands flowers and beautiful girls in beautiful fashion. Simons’ show was a hit, and he was able to prove himself as the Christian Dior success story. 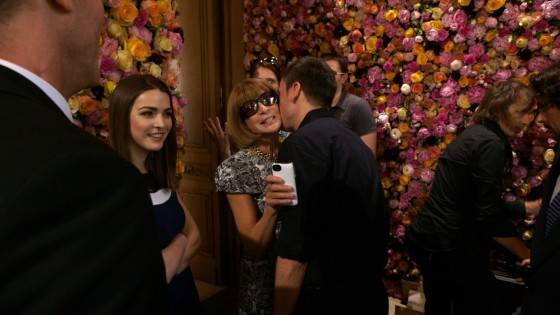 Although this documentary had a fascinating storyline, it lost the plot throughout the middle, and lacked the wow factor surrounding the brand Christian Dior, but pulled it together at the end for a grand ending.