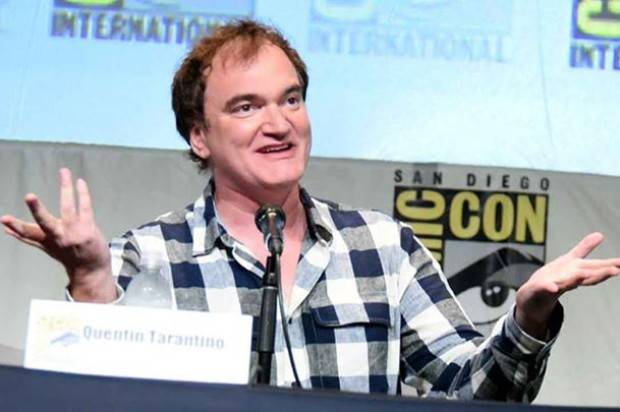 RISE UP OCTOBER HAS TARRATINO SPEAK UP ON BRUTALITY.

The last 2 weeks there has been a many reports over the fact that director Quentin Tarantino who has been marching and speaking in protest out over the civilian deaths and mostly young black men, at the hands of police officers.
It was in New York City against police brutality as part of three days of protest called “Rise Up October.” Some 40 families across the country impacted by police violence participated in the event and it was lead by Tarrantino. He spoke of the disturbing facts of what most of the Police have acted on. He exclaimed, “When I see murders, I do not stand by . . . I have to call a murder a murder and I have to call the murderers the murderers.”

This then lead to more news as to the nation’s police unions who are now stated that the are secretly are in cahoots with Harvey Weinstein and his marketing campaign for Quentin Tarantino’s The Hateful Eight? this is a raising question that has been reported by a media coverage that comes to mind after a week of one big city police union after another calling for a boycott of Tarantino’s upcoming western.
The Weinstein Co. who were keeping quiet but have now made statement on the spiraling controversy surrounding Quentin Tarantino’s comments about police brutality.

“The Weinstein Co. has a long-standing relationship and friendship with Quentin and has a tremendous amount of respect for him as a filmmaker,” a Weinstein Co. representative had made this in a statement to The Hollywood Reporter. We don’t speak for Quentin; he can and should be allowed to speak for himself.”

Overall the issue is strong and the stands on what is being brought to the attention of this issue over the police brutality is no doubt being supported by many, and the results stand by themselves as to over 800 deaths in one report that has been stated.