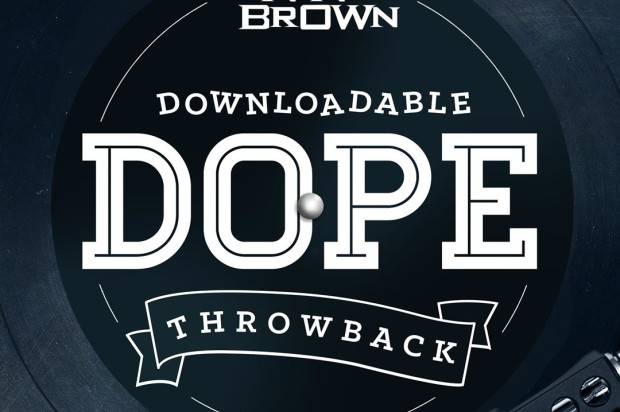 RELEASED EXCLUSIVELY THROUGH ITUNES ON FEBRUARY 13

Downloadable Dope – Throwback Edition focuses in on those classic and often overlooked old school jams of years gone by. Nino has curated a careful selection of fourteen nostalgic hip hop classics, all blended smoothly into one mix to make sure the party never stops. There’s classic bangers from LL Cool J, Nelly, T.I., Ice Cube, 50 Cent as well as forgotten gems from the likes of Donnell Jones, Baby Bash and The Clipse.

Nino Brown is a DJ that needs no introduction. Regularly appearing at clubs around Australia, Nino Brown brings hype and entertainment to any venue with his unique party rocking sets featuring exclusives from some of the world’s hottest entertainers. It’s this originality that has seen the DJ climb to the top of his game and share the stage with artists such as Jay-Z, Rihanna, T-Pain, Chris Brown, Nelly, Akon, Ne-Yo, Pitbull and Snoop, plus tour the country as the official DJ for the world’s biggest urban music festival Supafest. He can also be heard regularly on the radio as a DJ on The Edge 96.ONE, and The Revolution Radio Show which is heard on over 50 stations across Australia and boasts a listenership of over 1 million people weekly.