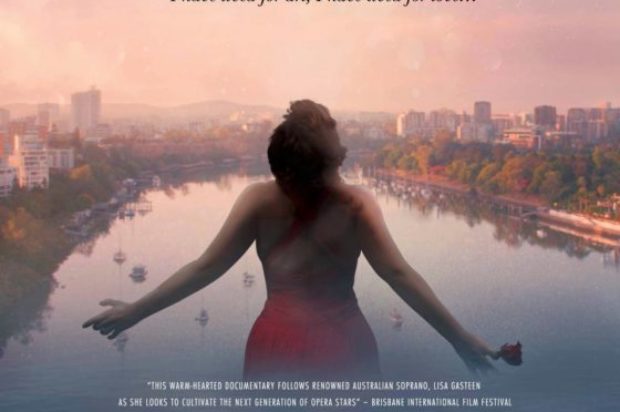 For anyone that has a love of Opera or wants to have a better understanding, this film truly invites you in to have a real insight into the world of Opera, and its singers, students, and teachers as well as such passionate people.

Into is to Lisa Gasteen one of the most gifted singers of Queensland who now runs the “National Opera School” which is inside Griffith University on Brisbane’s South Bank. Lisa is in the stages to prepare a production of Carmen with the Queensland Symphony Orchestra, and she is to select a group of the next emerging generation of singers that will receive a six-week program that will showcase then along with other world-class singers at Qpac Brisbane.

We get to see the audition process, plus the stages of how each singer is picked and guided by Lisa and other experts in which we get to see a masterclass in session as the singers are groomed.
Nancy Underhill is also noted here in the doco as Lisa’s best friend and is a major influencer of the Opera who inlists a lot of the fundraising. We also see a bond of friendship that takes you behind the scenes where they share a lot of devotion to each other.

This is directed by Liselle Mei who has achieved a great film that gives you such clarity in allowing you to see how the emotion of everyone that comes together and to the outcome.
The making of this film has taken several years and was produced by the very talented Brisbane based producer of film Trish Lake, as well as Daniel Schultz in cooperation with Screen Queensland and with much assistance with Griffith Unversity.

There are some beautiful shots of Brisbane that was filmed by Columbian born Esteban Rivera, and this is a city that now will stand out more to how the arts have grown over the years in Brisbane and will be noted as a biggest cultural center in Australia.

The official release will be in March next year in cinemas, and this doco should open up to all creatives in the arts and to anyone that wishes to take the journey that will make your eyes water when you hear them sing and how they lift your body and soul.

I loved it and LOVE OPERA. 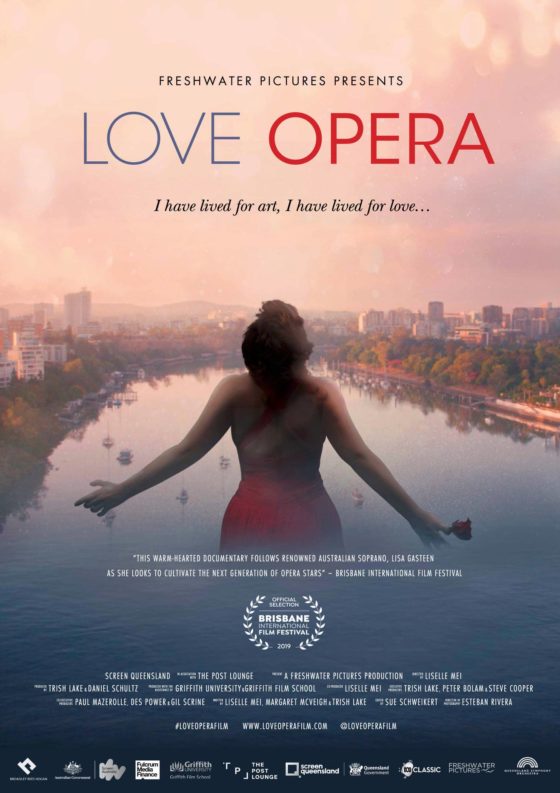