Dr John Cooper Hugh Cornwell Music sony This Time It's Personal by Caroline Russo | on July 15, 2016 | 0 comments | in Music | Like it 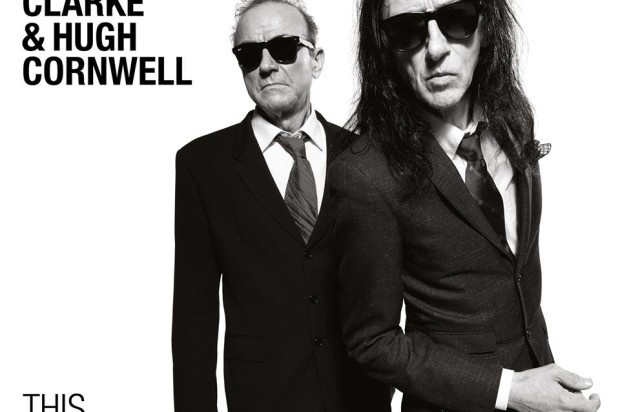 TO RELEASE THIS TIME IT’S PERSONAL
OUT NOW

• PAYING HOMAGE TO THE MUSIC OF THEIR YOUTH

Sony Music Australia is proud to announce the coming together of two influential gents within their own fields of the arts. Acclaimed poet Dr John Cooper Clarke and esteemed singer / songwriter (and founding member of The Stranglers) Hugh Cornwell have teamed up to release their first album, THIS TIME IT’S PERSONAL, out today, Friday July 15th.

It’s a match made in the rock ‘n’ roll heaven of their respective youth and, just as their eyebrow-raising new album says, THIS TIME IT’S PERSONAL. Featuring classic tracks that they both grew up listening to, the album is the surprising duo’s first collaboration.

The fact that these two giants of punk and new wave are together on record for the first time is remarkable enough. But the album, which features ten hand-picked songs reflecting the pair’s shared love of classic American and British pop they grew up with, has a knockout punchline. With not a spoken word in sight by Dr Clarke, nor a distinctive growling Cornwell vocal, THIS TIME IT’S PERSONAL (produced by Hugh at his own studio) announces John’s debut, at the age of 67, as a lead vocalist, with Hugh playing all guitars. The results are delightful. “No one knew he could sing!” laughs Cornwell. “When you tell people they go ‘You’re kidding me.’”

With sharp-witted poet Dr Clarke, and Cornwell at the forefront of the brilliantly incisive and innovative Stranglers, each has been widely recognised for their influence on later generations of British artists but this album brought them together for the first time, as well as taking Dr Clarke out of his comfort zone a little.

After meeting a few times over the years on the punk circuit, Hugh had a brainwave: “I was drunk one night, and I was listening to MACARTHUR PARK by Richard Harris, and I suddenly got this bizarre idea in my head, I suppose because I’d just had dinner with John a couple of weeks before. I thought ‘Wouldn’t it be weird, John with his very distinctive voice doing that song?’ So I rang him up and said ‘Would you be interested in doing it?’ and he said ‘Yeah, sure, why not?’”

With tracks by the likes of Lieber & Stoller, Jimmy Webb, Ricky Nelson, Richie Valens and Conway Twitty, THIS TIME IT’S PERSONAL sees the duo paying their respects to the music that had played such a part in their musical coming of age.

So it is that Hugh and John are celebrating their musical education in 2016, and this time, just as they say, it really is personal. “It’s going to be a complete voyage of discovery,” they agree. “These are great tunes,” says John, “and we’ve done our very best to respect them, and to bring them…” Hugh jumps in to complete the thought: “…back to life.” 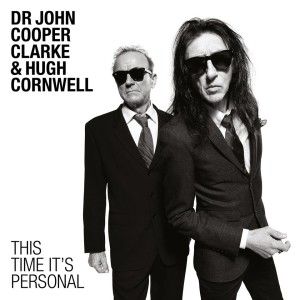