DREAMS THAT YOU WISH, WILL COME TRUE.

A dream is a wish your heart makes. Many wishes were granted at the Dare to Dream, Disney on Ice, afternoon tea extravaganza. The event was held at the Paradise Resort in Surfers Paradise on the 19th of May, at Planet chill. The room was filled with laughter and joy as both boys and girls skated around the ice rink, some more wobbly then others. They had no fear as they were embraced by two professional ice skaters from the Production of Disney on Ice – Dare to Dream. Not only was the skate rink available for enjoyment there was face painting, Rapunzel hair braiding station, food for fulfilment and more. There was a surprise visit from Princess Rapunzel, children could then pose for a picture with this Disney Character. Lauren Anderson who portrays the character of Cinderella, was a long way from home. Anderson grew up in Minnesota, Midwestern United States. She has been ice skating since the age of 7 and hasn’t stopped training or competing since. Anderson has been with Disney on Ice for 8 years now, “I started as an ensemble skater and did chorus numbers, worked really hard and got offered this role, it’s been such a pleasure” Anderson said. Hours of rehearsals go ahead of preparation for a show such as Disney on Ice. Partaking in pairs and solo skating routines allows all the skaters to portray the intended stories. Anderson explained “I’ve been doing what I love to do, and I look back on it and I’m like, oh my goodness it’s been 8 years!” 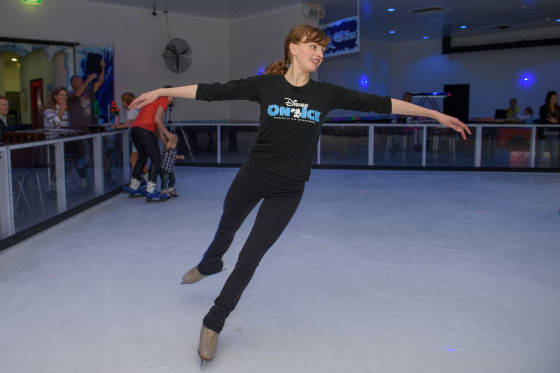 Not only do you have the angelic skaters, Lauren Nielsen has the important role of head of wardrobe for Disney On Ice. The whole show is packed up into 16 sea containers. Nielsen described her role as maintaining and cleaning the costumes to ensure they are performance ready. She alters costumes to fit certain skaters, adjusts costumes for lifts and helps with quick changes for cast members backstage. Nielsen has 6 years of commitment to Disney on Ice, as the head of wardrobe. Being raised in Chicago, United States this was her second time in Australia as she has toured previously with Disney on Ice.

Below is a photo from the production, giving you a glimpse at the spectacular costumes. 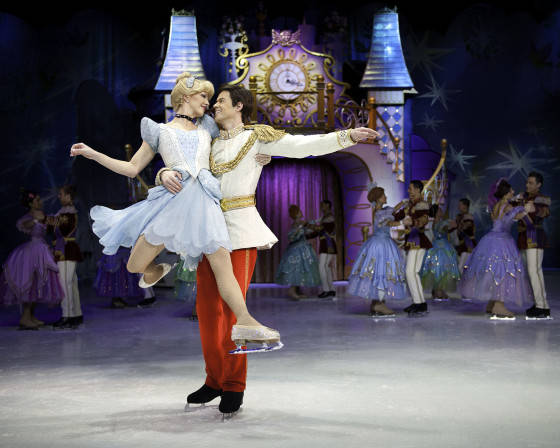 Disney on Ice performance director Stewart McDonald, raised in Glasgow Scotland, has been with the company since 1998. McDonald previously skated for the show before becoming performance director, in which he says was a “natural progression” from stage to backstage. His role as performance director for the Disney on Ice production team entails the correction of each and every performance to make sure that the audience sees the same standard and quality production every time. “Different challenges for different shows, those challenges are there because of what we are putting into the production.” McDonald believes that maintaining the integrity of the storyline is crucial, he excels this by creating notes, not only to the performers but also the crew. McDonald said “this allows the production to maintain it’s excellence.” Disney on Ice – Dare to Dream is a great mixture of classical and contemporary stories, there’s something for everyone. McDonald explained, “The energy and enthusiasm from the performers is so remarkable and inspirational.” McDonald finished with, “We want to prove a point every time. Every time we bring a show to the market we want to build on that and make sure we are building with the times, yet still keeping with tradition.”

Disney on Ice – Dare to dream, will be lighting up the Brisbane entertainment centre this June. With the show starting on the 27th- 29th, you have the option of morning, matinee or evening performances. For more information on venue directions or ticket prices please visit ticketek.com.au/disneyonice.
Groups of 10+ are advised to call 07 3265 8447.

Photo Credit to ‘DISNEY ON ICE PRESENTS DARE TO DREAM’

Below are highlights from the ‘DISNEY ON ICE – DARE TO DREAM’ tour. 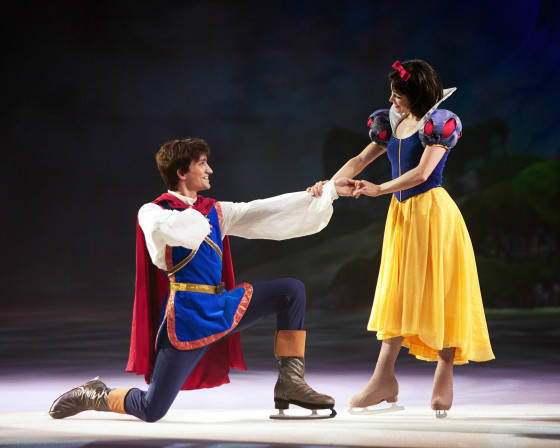