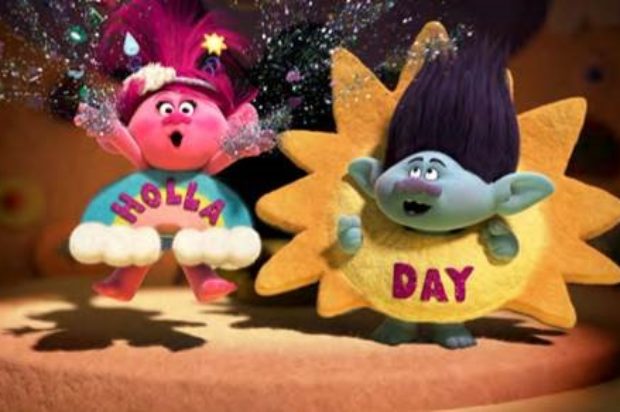 DreamWorks/RCA Records has globally released the sprightly soundtrack, titled TROLLS HOLIDAY. The seven-track album features musical performances from Poppy, Branch and the rest of the cast that appear in the “DreamWorks Trolls Holiday,” television special.

“DreamWorks Trolls Holiday,” a half-hour animated musical special that features the A-list talent involved in the highly successful film franchise that launched last November, is set to premiere in Australia on December 9 on Channel Nine.

“DreamWorks Trolls Holiday” marks the return of Anna Kendrick as the voice of Poppy, Justin Timberlake as Branch and Zooey Deschanel as Bridget. The toe-tapping musical special centers on the eternally optimistic Poppy, queen of the Trolls, who learns that the Bergens no longer have any holidays on their calendar. She enlists the help of Branch and the Snack Pack on a mission to fix something that the Bergens don’t think is broken.

The feature film “DreamWorks Trolls” earned more than $153 million domestically, including a $47 million opening weekend, when it was released last Spring

“DreamWorks Trolls Holiday” will also be available on Netflix in Australia from December 14.

Continuing the music and dance party into 2018 and beyond, the all-new animated series “DreamWorks Trolls: The Beat Goes On” will premiere in early 2018, exclusively on Netflix. Picking up where the film left off, the Netflix original series is an all-new chapter in the hair-raising adventures of the Trolls as Poppy, Branch and all of Troll Village keep the party going in their fantastical forest home. Visit netflix.com/trollsthebeatgoeson for more information.