Out in Australia Now.

Ravn, a respected physician, is desperately seeking a cure for his dying wife, Vilma. When the hospital stops her treatment, Ravn continues working in secret. He is aided by the corrupt civil defence man Leif, a doomsday prepper and former patient of his. Deep underground, Ravn and Leif open an illegal clinic for treating off-the-grid patients. The clinic finances Ravn’s research into a cure for Vilma, while Leif increases his position among the criminal and the paranoid who live outside the welfare state.’ 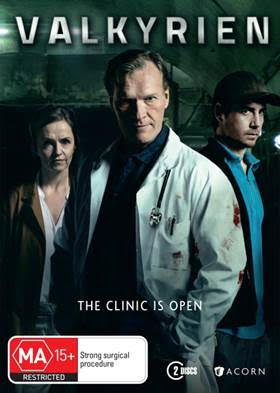 The series won the ‘Best TV Drama’ award at the 2017 Norwegian TV Awards, and was released on the 4th of October –