DVD’S GIVE AWAY FOR SEPTEMBER

DVDS GIVE AWAY icon film entertainment by Caroline Russo | on September 3, 2019 | 0 comments | in Competitions | Like it

Enter to be in the chance to win one of the DVDs here from Icon Films Home Entertainment.

Send your details to [email protected]

Name, address, phone contact and if you have please subscribe to our UTUBE Channel here and tick to say yes in SUBJECT FOR DVD PRIZES WIN.

ASTERIX: THE SECRET OF THE MAGIC POTION
On the 60th anniversary of the much-adored comic book series, Asterix and Obelix embark on a quest across Gaul looking for a young druid worthy of learning the secret of the magic potion – a formula which has long helped to keep the Gaulish village safe against Julius Cesar and his invading army. However, once Asterix and Obelix begin their quest, all hell breaks loose at home as the Romans start attacking the village, and an evil wizard named Sulfurix does everything he can to steal the potion’s secret recipe. 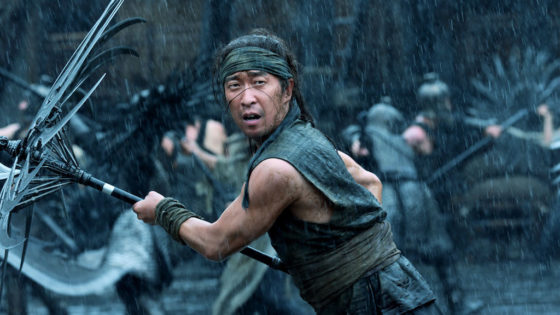 With SHADOW, master director Zhang Yimou (HERO, HOUSE OF FLYING DAGGERS) once again pushes the boundaries of wuxia action to create a film like no other, masterfully painting a canvas of inky blacks and greys punctuated with bursts of colour from the blood of the defeated. In a kingdom ruled by a young and unpredictable king, the military commander has a secret weapon: a “shadow”, a look-alike who can fool both his enemies and the King himself…