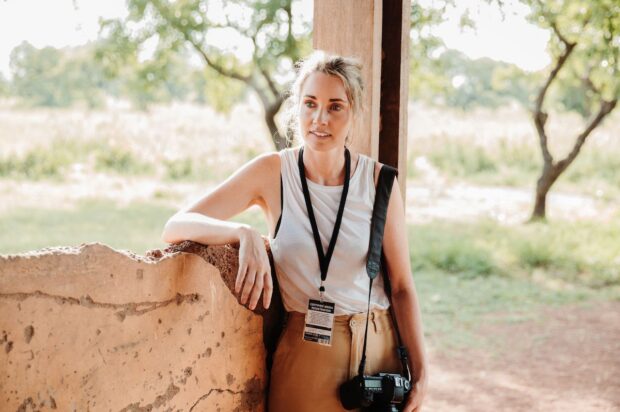 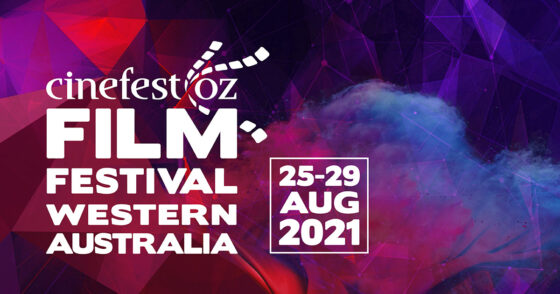 CinefestOZ are thrilled to unveil a first look exclusive at their upcoming festival program. Now in its 14th year, the event will once again take over the bustling South West hubs of Busselton, Augusta-Margaret River and Bunbury with an exciting line-up of World and WA premieres, In Conversation events and short film sets.

Tickets for Early Bird program events are now available to view online. Securing a Cinepass is the best way to immerse yourself in a premium cinema experience that all starts in the heart of Busselton. There are a range of passes available to personalise your festival access – head to CinefestOZ online to discover them all. The 2021 in-person festival will be held 25 – 29 August.

CinefestOZ is proud to host the World Premiere of WA documentary Facing Monsters on Opening Night at the newly refurbished Margaret River HEART, directed by Bentley Dean (Contact, Tanna), from producer Chris Veerhuis (Red Dog: True Blue, Breath) and executive producer Susanne Morrison. Enigmatic free surfer Kerby Brown takes on some of the world’s deadliest slab waves as he attempts to reconcile his personal demons and fulfil a childhood dream. But at what cost?

This suspenseful, action-packed drama unravels Kerby’s inner demons whilst confronting the real-world consequences that his death-defying passion could have on his family, featuring incredible cinematography from Rick Rifici (Breath, Blueback).

In addition to its World Premiere, Facing Monsters will have an In Conversation lunch event with filmmakers and talent. This informal dining experience is the perfect way to combine the best views, food and ales on tap with inspiring behind-the-scenes stories of how this documentary came to be.

Created by a talented team of WA filmmakers, Homespun shines a spotlight on the authentic lives and relationships in rural communities. The production, spearheaded by Kojonup producer, actor and writer Bec Bignell, had its crowd-pleasing World Premiere at CinefestOZ Albany earlier this year. Directed by Socratis Otto, the film follows two friends staging a variety show in a shed as they shine a spotlight on stories from the country, relying less on despair and more on the magic of life in the sticks. Over 100 regional Australians from all over WA were involved in this creative collaboration.

Join the filmmakers of this heartwarming drama at their In Conversation lunch at Waters Edge Cafe & Restaurant. You’ll hear the inspiring stories, struggles and triumphs of how this WA production was brought to life as you take in the views, cuisines and atmosphere at this Bunbury favourite. Enjoy musical entertainment and your welcome drink on arrival as you mingle with VIP guests and other film enthusiasts, followed by a delicious 3 course lunch.

Screenwest CEO Rikki Lea Bestall is thrilled the organisation can once again support the event, saying, “CinefestOZ is a fantastic platform to celebrate high-quality productions and showcase diverse Western Australian screen stories, with the community. I sincerely thank Lotterywest for their vital support, which enables us to partner with CinefestOZ to grow screen culture in WA’s South West.”

Front and centre for Bunbury’s Opening Night event is the endearing Love You Like That, written and directed by Eric C. Nash, having its World Premiere at CinefestOZ. With Cupid’s arrow firmly hitting the coastal town of Seafront Sands, this Australian seaside romantic comedy follows the lives, loves and losses of a community whose dynamics are thrown upside down by the arrival of a mysterious woman.

The red carpet rolls out in Bunbury for this glitzy premiere as filmmakers and talent mingle with guests before introducing the film. The event will also include a post-screening Q&A – a fantastic opportunity to get first hand insights into the creation and filmmaking process of this Australian gem.

In Augusta on Opening Night, be the first to witness the World Premiere screening of the highly anticipated Akoni – directed, written and produced by Australian filmmaker Genna Chanelle Hayes. A Nigerian refugee struggles to integrate into Australian society, until he meets a woman who opens her home, and ultimately her heart, to him.

Navigating a gruelling filming schedule across Ghana, Nigeria, Britain and Australia, Hayes acutely explores the social impact of the global refugee crisis in this stunning and affecting drama. Featuring an incredible international cast, with Kit Esuruoso, Jemima Osunde, Ophelia Dzidzornu starring alongside West Australian actors Mark Coles Smith and Marlikka Perdrisat. Filmmakers and talent will be in attendance for a Q&A after the screening to share their experiences of independently financing, filming and producing this fantastic feature film.

CinefestOZ CEO Malinda Nixon says that this year’s program is an important opportunity to highlight the incredible work of Australian filmmakers, but in particular showcase WA creatives who are premiering their work to the world for the first time.

“We’re incredibly proud of the diversity and inclusion that our film program continues to deliver, especially when it comes to projects that have been created, produced and filmed here in WA. CinefestOZ champions Australian-made films and we are always excited to shine a spotlight on local filmmakers each year,” she said.

“There’s also something special about returning to the South West this year after navigating the challenges of 2020. With the expansion of IndigifestOZ and its new Community Day, the return of the Film Prize, and the arrival of film guests we look forward to welcoming from interstate, it’s going to be an incredible festival.”

In addition to the feature-length and documentary film program, a unique set of short films will feature in the CinefestOZ Short Film Showcase, culminating in an awards celebration event on Saturday 28 August:

The popular Deadly Indigenous Short Film Set returns for another year, shining a spotlight on the creativity and power of Indigenous filmmaking in Australian culture. These sets feature the work of stellar filmmakers from across the country and should not be missed.

Filmmakers of the Future Short Film Set is a chance to see WA’s greatest creatives share their latest projects, signalling an exciting future for Australian cinema. If you’re interested in the process of short filmmaking, are in search of local inspiration, or just want a glimpse into the incredible future of WA cinema, this set is not to be missed.

This year audiences can also enjoy the Party Mix Short Film Set – a fantastic mix of Australian and French films showcasing genres and stories through exceptional filmmaking – as well as the Rocky Road Short Film Set, a chance to reflect on heartwarming stories of struggle and overcoming adversity. “The Loop” is located six miles above the Green River confluence in Canyonlands National Park, 50 miles downstream of Moab, Utah. The river follows an anticline atop 300-million-year-old salt beds buckling against the weight of more recent rock sediments. In 1964, President Johnson created Canyonlands National Park, as uranium prices fell and allowed him to work around numerous mining claims in the area.

The full film program for this year’s event will launch on Thursday 29 July with an exciting array of new and established filmmakers premiering their work. The festival also continues to diversify with the return of ‘Cinesnaps’, the dedicated schools program, and ‘IndigifestOZ’, a specific film program showcasing Aboriginal filmmakers. You can download the official CinefestOZ app to search session times, book tickets and build your calendar of events during the festival.