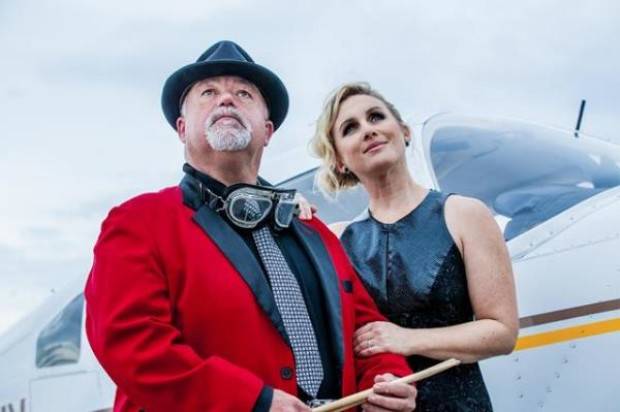 Emma Pask and the John Morrison Trio start their Queensland tour on stage at Boonah Cultural Centre this Thursday, 16 July at 7pm.

Queensland Music Festival continues its commitment to introducing world-class musicians to regional and remote communities by sending stunning jazz vocalist, Emma Pask around the country with the outstanding John Morrison Trio for company.

Described by James Morrison as ‘the greatest gift to jazz vocals in the last decade’, Pask’s voice, talent and style are as unmistakable as her refreshing and unpretentious approach – both to music and to life.

John Morrison, one of Australia’s best Big Band drummers and most gifted educators, is known for his driving, swing feel and his passion for nurturing young musicians.

Taking with them an inimitable blend of Latin, jazz and soul, the quartet will visit a cavalcade of small towns for an energetic series of concerts and school workshops.

These city slickers couldn’t be more jazzed about the opportunity to visit places they’ve never seen and kick off in Boonah before flying off for an appearance at the Jumpers & Jazz Festival in Warwick. Then it’s off to dazzle Blackall, Barcaldine, Birdsville and Jundah before wrapping up the tour in Mount Isa at the Mount Isa Celebrates concert.

Even though there is no admission charge, tickets must be obtained either online here, at the box offices at Boonah Cultural Centre or the Centre, Beaudesert or by phone on 5463 3068

Doors and bar open at 6pm.

This concert will run for 90 minutes including a 15 minute interval.