ENTER TO RECEIVE DOUBLE PASS TO FILM RELEASE : ABSOLUTELY ANYTHING 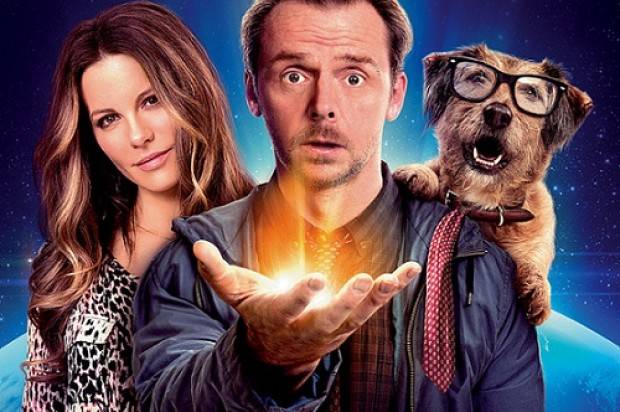 GIVE AWAY DOUBLE TICKETS FOR NATIONAL RELEASE OF ABSOLUTELY ANYTHING

Send us your name address and contact number to be in the win.. [email protected]
and make sure you have joined us on FB, Twitter with us on Hush Hush Biz Good Luck Comp closes on 16h November 2015 NOW CLOSED ….WINNERS WILL HAVE TICKETS SENT BY MAIL.
The new comedy ABSOLUTELY ANYTHING will be released on November 19, 2015.

It’s comedy magic when Simon Pegg teams up with the voices of the Monty Python team to remind us to be careful what you wish for in ABSOLUTELY ANYTHING. Unbeknownst to school teacher Neil Clarke (Pegg), a group of eccentric aliens decide to place the fate of humanity in his hands. In order to determine if they should destroy the Earth or not, the aliens endow Neil with the ability to make ABSOLUTELY ANYTHING he wishes for happen. Once Neil realises that he has these new special powers, it takes him more than a few goes (and gives us more than a few laughs) to try and get the hang of it – all the while the aliens are watching. Will he prove a worthy representative or doom the earth to annihilation?